Loudoun South, of South Riding, Virginia, is hoping to go all the way at the 2019 Little League Baseball World Series, and the community is behind them.
Listen now to WTOP News WTOP.com | Alexa | Google Home | WTOP App | 103.5 FM

Undefeated with back-to-back no-hitters and one game away from playing in the U.S. Final, Loudoun South, of South Riding, Virginia, is hoping to go all the way at the 2019 Little League Baseball World Series.

“It’s all a testament to the community coming together and supporting these kids who have worked so hard,” Valantini said.

Representing the Southeast Region, Loudoun South next takes on Wailuku, Hawaii, of the West Region, at 7:30 p.m. on Wednesday.

When the team plays at home, its color is red. “As they won, they were called the Big Red Machine,” Valantini said. But as regional champions representing the Southeast, Loudoun South now plays in yellow and black.

Dick’s Sporting Goods stores in the area are finding it difficult to keep the team’s T-shirts in stock.

“There are very few Loudoun South Little League shirts left because fans have been snagging them up as fast as possible,” spokeswoman Lily Herring said in an email. “We do have plenty of hats.”

Herring said it will likely be Thursday that the Arcola store in Sterling, Virginia, will receive a new shipment of T-shirts.

Watch parties for Wednesday night’s game are planned by team sponsors Glory Days, in Stoneridge, and Velocity Wings, in South Riding and Purcellville.

“We’ve been hosting bus trips. Twice now, during [this series] we’ve loaded up 45, 55, 65 people and driven from Virginia up to Williamsport just to see the boys play,” Valantini said. “Families and others are doing their own caravans and heading up there.”

It’s been a good year, overall, for the Loudoun South Little League program.

Each of the various age levels won their district tournaments; four teams advanced to state tournament play; and two teams, the 10- and 12-year-olds, won Virginia State Championships and went on to play in the regional championships.

“And, at 12, once you win in regionals, you can move along and go on to U.S. national competition, and that’s what’s going on in Williamsport,” Valantini said. “It’s tremendous, tremendously exciting.” 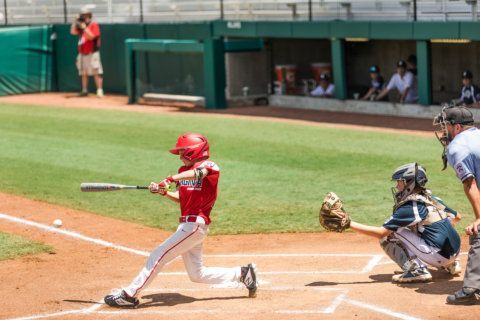 All you need to know about Loudoun South’s LLWS run 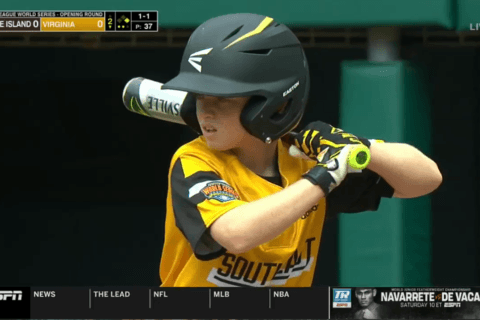