After a review of possible changes from Montresor Road to Point of Rocks, Loudoun County staff recommend that the Board of Supervisors support widening Route 15 to four lanes.
Listen now to WTOP News WTOP.com | Alexa | Google Home | WTOP App | 103.5 FM

Loudoun County, Virginia, is considering additional widening and other improvements for U.S. Route 15, from north of Leesburg to the Maryland state line, in the hopes that better-defining plans lead to more state or federal funding.

The Stumptown Road-Lucketts Roads area is projected to be a key rush-hour chokepoint for years.

North of Lucketts, there would be shoulder and other improvements, a new traffic light at Lovettsville Road, and a roundabout to line up Newvalley Church Road with Spinks Ferry Road.

Loudoun County hopes to award a contract around 2024, with completion around 2027. At least that is the basis for a $217.3 million construction cost estimate.

The county has already included about $110.7 million for the work into its long-term capital spending plans, so the county would need to identify about $106 million more in local, state or federal funding to go forward with the recommended scenario.

A funding request to the state was rejected this year, in large part because the project plans had not been fully developed.

An approximately $49 million cheaper alternative being offered to the board would have similar other changes but would keep Route 15 at two lanes with a new median from Montresor Road to Saint Clair Lane, and better shoulders from Saint Clair Lane to the river. The proposed bypass might also be two lanes.

The project is meant to build on current plans to widen Route 15 to four lanes between Battlefield Parkway and Montresor Road and related changes.

That first project is expected to cost nearly $80 million, and is funded in Loudoun County’s current budget.

U.S. Route 15 widening projects in this area have sparked sharp debates for more than two decades.

The part of Route 15 studied by Loudoun County averages nearly 100 crashes per year, which can require a complete closure of the road.

More than 20,000 vehicles use the stretch of road each day on average. 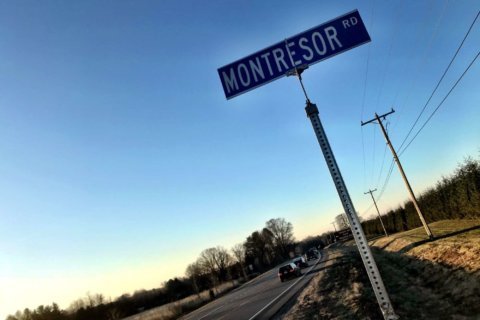 Route 15 in Loudoun Co. to be widened after long-awaited plan