Loudoun County, Virginia, is one of the fastest-growing areas in the country, with Metrorail on the way — but as the county moves toward the future, it’s also trying to get a better handle on the past.

In recent years, developers had to delay or rework projects in Loudoun County, when they realized land contained previously unmapped graves, burial grounds and cemeteries.

“The county never had a clear record of where the cemeteries are located,” which put developers at risk, said Kristin Brown, director of the county’s Office of Mapping and Geographic Information.

The map was commissioned by the Loudoun County Board of Supervisors, and produced by Brown’s office, in consultation with the Department of Planning and Zoning.

While marked gravesites are easier to tally, “there are a lot of unmarked graves in the county,” Brown said.

“This could be because of enslaved burials, poor tenant farmers, family cemeteries — they didn’t necessarily have the money or the resources to put up marked graves. They may have been marked by field stone markers or wooden crosses, but those have since disappeared.”

After generations of a largely-rural economy, many people in Loudoun County were buried in family cemeteries.

“Families sell land, they move out of the area,” Brown said. “Even cemeteries that may have been well-fenced and well-marked 100 years ago, may not (now) have someone to take care of them.”

In the past several years, Loudoun County and Leesburg have had several situations in which development threatened cemeteries, including the Belmont Slave Cemetery off Virginia Route 7 and the Sycolin Cemetery, which contains graves of formerly enslaved people.

The interactive map includes a tab, where residents or landowners can provide details about a cemetery the county isn’t aware of.

“You can enter information on that form, attach photos, and drop a point on the map,” Brown said.

Staffers will attempt to verify that a site contains graves, and will tweak the map.

Most of the grave sites are located on what is now private property.

“Property owners do have a duty to allow access to family members, descendants, or people involved in doing genealogical research,” said Brown, citing the Virginia Code.

DC to get first-ever pet cemetery at Congressional Cemetery 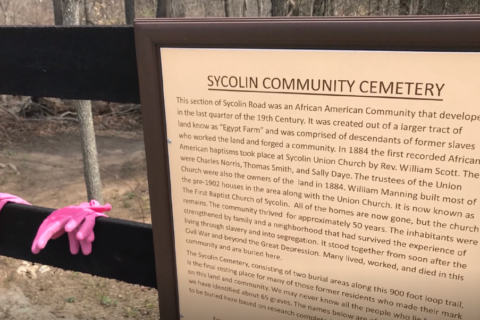 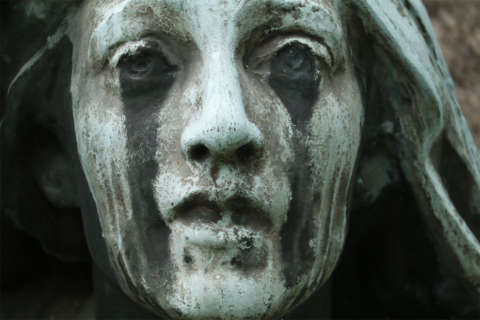