‘His story lives on’: Loudoun Co. dedicates memorial to black teen lynched in 1889

The life of a black teenager — Orion Anderson — who was lynched in Leesburg, Virginia, in 1889 — will be memorialized Wednesday with the first of three markers remembering African Americans who were killed in Loudoun County between 1880 and 1902.

“Orion Anderson was 14 years old, one of nine siblings, and they were from Hamilton, Virginia,” said Loudoun County NAACP President Michelle Thomas. On Oct. 30, 1889 — the day before Halloween — he put a bag over his head, and tried to prank his neighbor, who was a 14-year-old white girl, named May Leith.

Anderson was arrested and was held in jail before his trial.

A group of more than two dozen vigilantes rode into town, “muffling their horses’ feet, so the citizens would not realize there was a mob heading toward the jail,” Thomas said, citing newspaper reports of the time.

Under the premise of delivering a prisoner, the group overpowered sheriff’s deputies on duty, and snatched Anderson from the jail.

“Their goal for breaking him out was simply to hang him, so they dragged him down Church Street to the freight train station, they hung him, and they shot him,” said Thomas.

Wednesday, the NAACP and community members will unveil a marker honoring Anderson, at the site along the W&OD Trail along Harrison Street. Other memorials will be placed along Route 15 near Point of Rocks, and in the former Potter’s Field at East Market Street and Catoctin Circle, for Page Wallace and Charles Craven.

Thomas said she is asked often why it is important to memorialize the violent crimes against African Americans.

“What we’re doing is giving human dignity, remembrance and honor to Orion Anderson,” said Thomas, noting Anderson’s descendants were unaware of his role in Virginia history until recently. “Today, we stop and pause, and insert Orion Anderson back into the memory of his family and the community.”

“Lynching does not define Orion Anderson’s legacy,” said Thomas. “The fact that he was human, still has descendants, and his story lives on, in the face of adversity — that defines who Orion Anderson was, is and will forever be.” 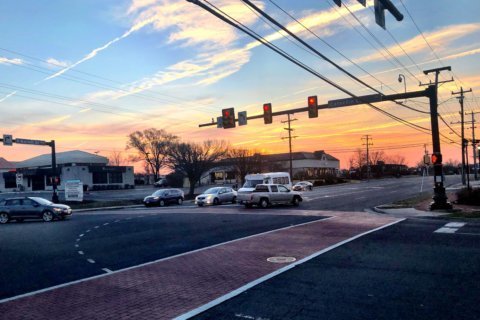