A fatal crash on a remote stretch of Virginia Route 15 prompted a judge to warn all drivers about the potential consequences of drowsy driving. Jimmy Hartman crashed into Michael Larrick's car on March 22, 2017 in Loudoun County. Larrick was killed. Hartman said he fell asleep behind the wheel for a second. He was sentenced to a year in jail for the crime.
Listen now to WTOP News WTOP.com | Alexa | Google Home | WTOP App | 103.5 FM

LEESBURG, Va. — Jimmy Hartman hadn’t been sleeping very well but on the morning of March 22, 2017, he left the house as usual to get to work.

However, on that day, the 22-year-old’s morning commute would change his life, and the lives of others, forever.

Instead of reaching work, his vehicle crossed the double yellow line on Virginia Route 15 in Loudoun County, and struck a Subaru heading in the opposite direction, killing the driver.

The victim, Michael Larrick, 29, had been married five months before the fatal crash. It happened near the intersection with Montresor Road, north of Leesburg.

Minutes after the crash, Hartman told a sheriff’s deputy he “fell asleep for a second.” He said he had been working a lot, not sleeping much and was exhausted.

Hartman was arrested and later indicted on a charge of reckless driving.

On Tuesday, he pleaded guilty and was sentenced to one year in jail for the crime.

Assistant Commonwealth’s Attorney Ryan Perry said Hartman made the conscious decision to drive knowing that he was tired.

“When (Hartman) got behind the wheel of that car, he made a choice,” Perry said. “This has to be a sentence that not only punishes for the loss inflicted, but also sends a message to every other driver in the Commonwealth.”

During victim impact statements, Larrick’s widow said she forgave Hartman and asked him to live the best life he could.

In announcing a sentence, Circuit Court Judge Douglas Fleming told Hartman his decision to drive “unintentionally and unlawfully” had a far reaching, severe and negative impact.

He said this case should serve as a “cautionary tale” to any driver who chooses to get behind the wheel when fatigued.

After serving his jail sentence, Hartman will be on supervised probation for one year, lose his license for 12 months and be required to speak in the county’s monthly Victim Impact Panel program. 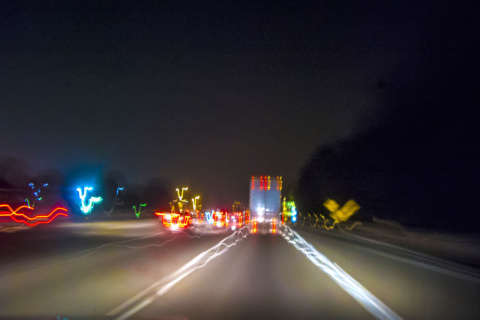