A 21-year-old man who lived in Loudoun County has been indicted for destroying evidence in a terrorism investigation, as the FBI moved in to search his home.
Listen now to WTOP News WTOP.com | Alexa | Google Home | WTOP App | 103.5 FM

LEESBURG, Va. — A 21-year-old man who lived in Loudoun County has been indicted in federal court for destroying evidence in a terrorism investigation as the FBI moved in to search his home.

Federal prosecutors say Sean Andrew Duncan altered, mutilated, concealed, and covered up a thumb drive and memory chip after FBI agents knocked on his door, and announced they had a search warrant in December.

Duncan first came to investigators’ attention in February 2016, when one of his relatives revealed Duncan had converted to Islam and may have been radicalized after he voiced his approval of Westerners being beheaded in the Middle East.

According to information in this week’s indictment in District Court for the Eastern District of Virginia in Alexandria, the FBI learned Duncan had been in contact with a woman who had been detained in a foreign country for planning to travel to join ISIS.

Prosecutors said the woman expressed she was upset that non-Muslim women at her job were wearing shorts that exposed their bodies. Duncan allegedly replied with a message that the woman could “try this,” including a link to an article entitled “How to build a bomb in the kitchen of your mom.”

In October 2017, an ISIS recruiter who had been arrested in another country allegedly had Duncan’s name and phone number in her notes.

That same month, police in Allegheny County, Pennsylvania provided information from Duncan’s phone to the FBI. The county police had searched the phone in a previous, unrelated investigation.

On Dec. 29, 2017, FBI agents executed the search warrant at Duncan’s home. Moments before agents forced open the front door, Duncan ran out the back door, throwing a clear plastic bag over the heads of the agents.

Inside the bag was a memory chip from a thumb drive that had been broken into pieces, and placed in a liquid substance that produced white, frothy bubbles. When Duncan was searched, he had a broken casing for a thumb drive in his pants pocket.

Duncan has been indicted and charged with obstruction of justice, and faces a maximum penalty of 20 years in prison, if convicted. 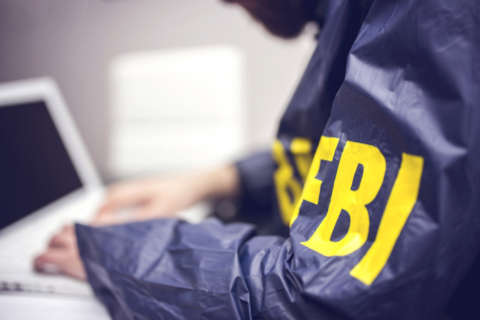