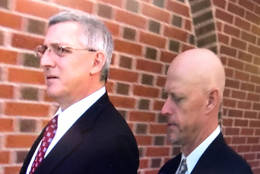 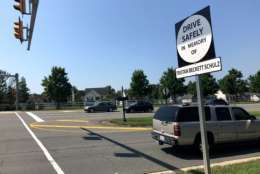 John Miller IV was indicted in Nov. 2016, on the charges of involuntary manslaughter, reckless driving and failure to yield right of way to a pedestrian.

WTOP has obtained a motion filed by Deputy Commonwealth’s Attorney Sean Morgan, which concludes “the Commonwealth no longer believes it can proceed with the charge of Involuntary Manslaughter against the defendant given the legal standard of proof.”

In order to cement a conviction in the case, the prosecution would have to prove “beyond a reasonable doubt that the Defendant’s driving of his vehicle was ‘so gross wanton, and culpable as to show a reckless disregard of human life,'” the motion reads.

The maximum penalty for an involuntary manslaughter conviction is 10 years in prison, with a $2,500 fine.

According to the filing, prosecutors intend to try Miller on the remaining charges in his trial, which is scheduled to begin Oct. 10, in Loudoun County Circuit Court.

However, sources told WTOP before this most recent filing that prosecutors and Miller’s attorneys had a plea arrangement on the table.

With the likely dismissal of the most serious charge, Miller remains charged with reckless driving, a misdemeanor, which carries a maximum penalty of 12 months in jail and a $2,500 fine.

Failure to yield right of way to a pedestrian is a traffic infraction, which would result in a fine.

Asked whether Miller plans to plead guilty to the remaining charges in a scheduled Tuesday hearing, his attorney wouldn’t say.

“We are unable to share our plan on the remaining charges,” defense attorney Steven Webster told WTOP. Miller is also represented by Aaron Book.

When the involuntary manslaughter charge was presented, the prosecution in the case thought it could show that Miller was using his phone at the time of the crash.

“…The Commonwealth had records of the Sprint data transmission, which appeared to show the Defendant’s engagement with his cell phone,” Morgan’s motion said. “However, the subsequent examinations of the cell phone, which were not fully completed until April 27, 2017, revealed nothing more than the lone activity powering the phone.”

“Further, the cell phone examination did not show that the Sprint data transmission was caused by user engagement. As such, the Commonwealth’s case now consists of less evidence than was known at the time the Indictment was presented to the Grand Jury.”

Loudoun County Commonwealth’s Attorney Jim Plowman did not respond to an email asking if Miller would plead guilty Tuesday.

Miller’s lawyers had previously argued that it was forensically and “physically impossible” for the Leesburg driver to have done anything on his smartphone that could have caused the boy’s death.

Tristan Schulz’s mother Mindy was pushing the 5-month-old in a stroller when they were struck in a crosswalk in Landsdowne. She was seriously injured in the morning crash but survived. 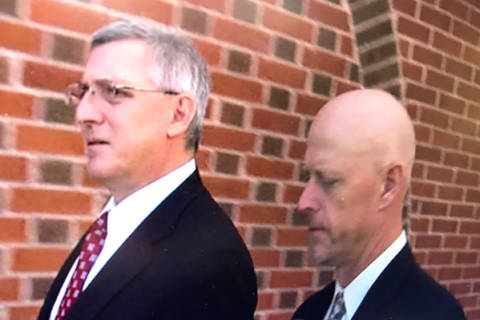