WASHINGTON (AP) — Loudoun County Health officials say a test has confirmed norovirus in one person who reported eating at a Chipotle in Sterling, Virginia.

But they say it’s not yet enough to determine the cause of illnesses reported at the location.

Health officials said they have identified approximately 60 individuals who became ill after going to the fast-casual eatery last week.

The restaurant voluntarily closed for two days this week after customers had symptoms that included nausea, vomiting and diarrhea. The news reminded Wall Street of the E.coli outbreak that hit the chain in 2015, sending shares of Chipotle down.

Norovirus is a leading cause of illnesses from contaminated food, and infected employees are a frequent source of the outbreaks.

Chipotle has stressed the safety measures it has taken to prevent such occurrences or its quick response when they do happen. The location reopened after extensive cleaning and a new supply of food stocked. 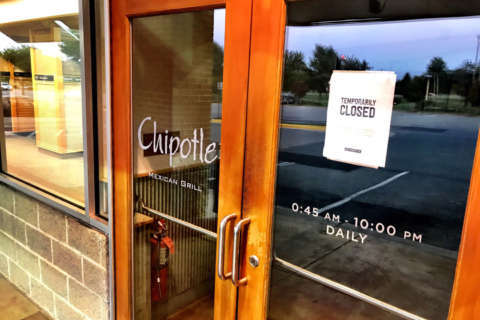