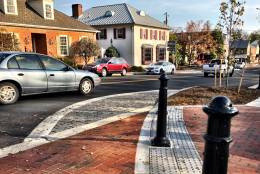 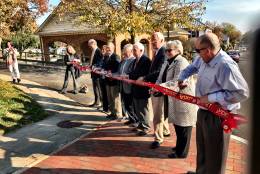 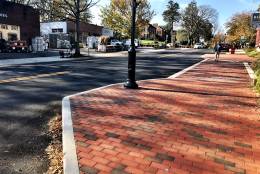 MIDDLEBURG, Va. — One of the region’s most popular historic destinations has unveiled up-to-date traffic changes on its main street to minimize dangers for pedestrians.

A yearlong construction project on U.S. 50 — known as Washington Street in the less-than-one-mile-long downtown area — has finished and the Virginia Department of Transportation hopes the changes improve traffic flow.

While traffic through Middleburg continues to have one lane of traffic and a parking lane in each direction, the new configuration adds crosswalks across U.S. 50, which extend farther than the width of parked cars.

“People would have to walk out in front of parked cars and peek around parked cars,” said Gleasman.

The $4.2 million project also uses subtle design features to minimize speeds through the pedestrian zone, including crosswalks made of bricks, rather than the asphalt used on Washington Street.

“The bump-outs at the intersections help restrict traffic width a little bit, and that tends to make people slow down,” said Gleasman. “And the change in feel when they drive over the crosswalks also tends to slow people down.”

“In our downtown area it’s a little difficult to work stationary radar, so typically they’re working moving radar as they ride through town,” said Panebianco.

Other towns along U.S. 50, including Aldie and Upperville have similar calming configurations through their historic districts.

“Part of the lure of this region is the beautiful drive through Loudoun County,” said Panebianco. 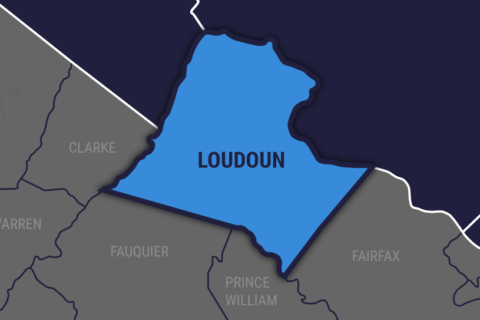