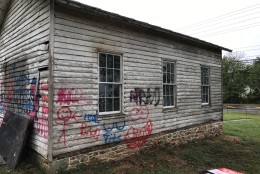 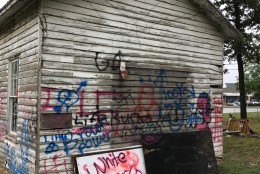 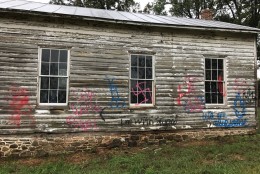 WASHINGTON — Officials have identified five teens they say are responsible for spray-painting hate messages and vulgar images on a historic African-American schoolhouse in Loudoun County over the weekend.

On Wednesday, Loudoun County Sheriff’s Office said its detectives have identified five teens suspected of spray-painting “white power,” swastikas, crude drawings and profanities on the exterior of the Old Ashburn Schoolhouse on Ashburn Road in the overnight hours of Oct. 1.

Detectives interviewed four 16-year-olds and one 17-year-old from the area, and are working with the Loudoun Commonwealth’s Attorney and the Loudoun County Juvenile Court Service Unit Intake Department to obtain charges. Authorities must work with juvenile courts and follow a specific process before charges are filed, said Loudoun County Sheriff Mike Chapman.

The names of the teens aren’t being released because they are juveniles.

“Our local officials gathered together and we wanted to make sure the community knew how seriously we took this and what a reprehensible crime this was and how insulting it was to that particular piece of property,” Chapman said.

Old Ashburn Schoolhouse educated black children from 1892 to 1950, when the little schoolhouse was heated by a wood-burning stove and segregated education was the rule in some states including Virginia. The school was one of the few places where African-Americans from the community could get an education.

Since 2014, Loudoun School for the Gifted has been working to restore the one-room schoolhouse. Other community efforts such as bake sales and a GoFundMe page have raised money for the restoration.

The fundraising help from residents made the vandalism sting even more, said Deep Sran, founder and principal of the Loudoun School for the Gifted.

A tip from someone in the community led police to question the teens, Chapman said.

“It was a significant incident and we are happy that the community pulled together and worked together to get where we are right now,” he said. 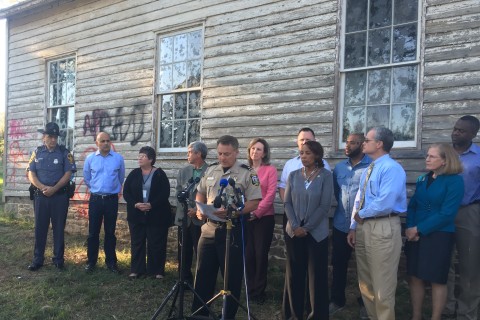 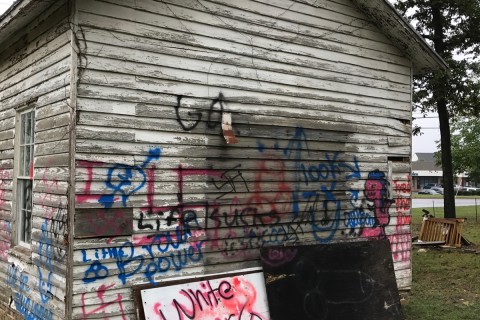