The Washington National Cathedral will host the funeral for longtime Virginia Sen. John Warner on Wednesday.

The service is expected to start at 11 a.m.

Numerous Virginia, military and Congressional leaders are expected to be in attendance as well, the Cathedral said.

“In life, Sen. Warner served his faith and his country in many capacities: first as a service member in uniform and later as a career public servant who made it a point to reach out to others across the aisle,” the Rev. Randolph Marshall Hollerith, dean of Washington National Cathedral, said in a release.

“We are especially saddened by his loss as one of our own from the Cathedral Close; beginning his education as a student at St. Albans, Sen. Warner was and forever will be a member of the Cathedral community. He will be missed dearly, by us and by all.”

His wife, Jeanne, and daughter, Virginia, were by his side when he died of heart failure.

Warner was a World War II Navy veteran who made foreign policy and military matters his top concern across nearly four decades of public service, and is remembered as a centrist Republican who earned the respect of members of both parties.

He served in the Senate from 1979 until January 2009, when he retired. Read Warner’s letter to Virginians when he announced his retirement plans. 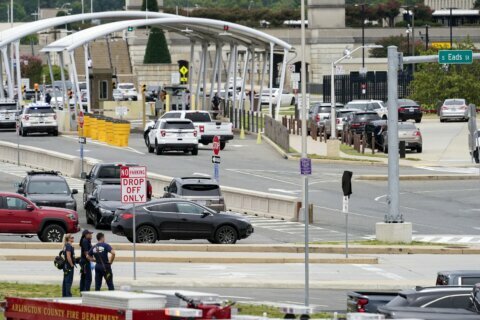