This year’s Kennedy Center Honors may be a slimmed-down affair as the nation emerges from the coronavirus pandemic — but honoree Dick Van Dyke still says it's “the capper on my career.”
Listen now to WTOP News WTOP.com | Alexa | Google Home | WTOP App | 103.5 FM
(1/16) 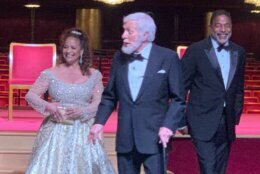 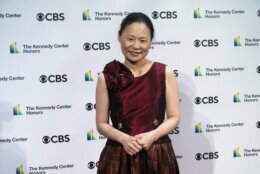 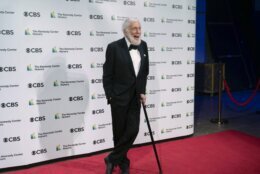 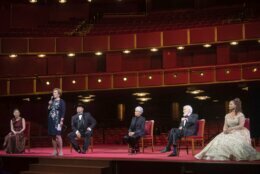 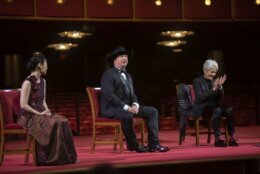 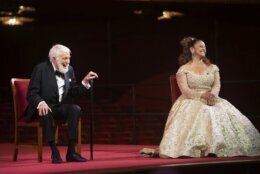 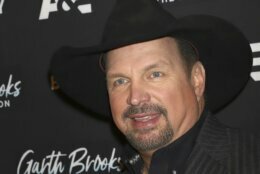 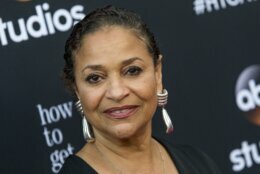 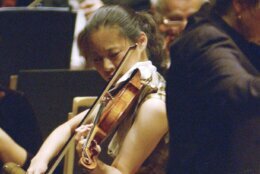 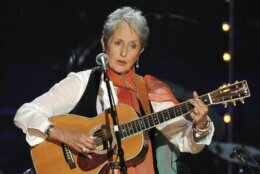 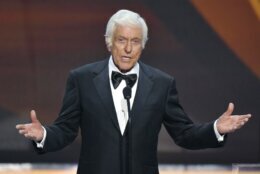 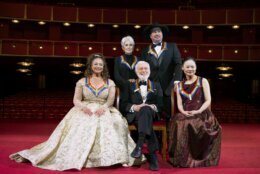 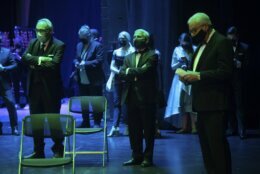 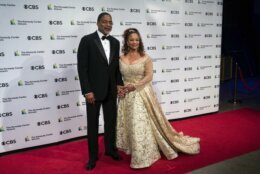 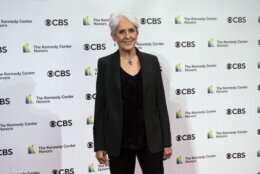 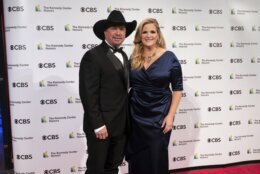 WASHINGTON (AP) — This year’s Kennedy Center Honors may be a slimmed-down affair as the nation emerges from the coronavirus pandemic — but honoree Dick Van Dyke still says it’s “the capper on my career.”

The 43rd class also includes country music legend Garth Brooks, dancer and choreographer Debbie Allen, singer-songwriter Joan Baez and violinist Midori. They were honored Friday night at a medallion ceremony that had been delayed from December 2020.

All the honorees called the lifetime artistic achievement award a unique honor, even for an accomplished artist.

Brooks joked: “I don’t mind being the weak link on the chain. I’m in the chain!”

Normally the medallion ceremony is held at the State Department, but this year it was moved to the Kennedy Center’s opera house, with about 120 people spread out at tables on the stage and backstage area looking out at the empty rows of seats. Singer Gloria Estefan hosted the ceremony and cellist Yo Yo Ma performed; both are previous Kennedy Center Honors recipients.

The recipients received short tributes and spoke after getting the iconic medallion placed around their necks. Several of the artists said they hoped their modified ceremony would be one of a series of benchmarks in the country’s cultural reopening.

Midori said it made her happy, “coming out of these very dark times, to be able to see the arts coming back.”

Midori says her work with children inspires her music.

Allen is a veteran of tribute programs for previous Kennedy Center Honors recipients. She said this year’s process was uniquely intimate. “We’re spending a lot more time together than other groups of honorees,” she said.

Allen said it’s an honor to be recognized for her body of work and “humbling for me who has worked here for decades at the Kennedy Center.”

Baez paints portraits and posts them online, and she painted one of Fauci last year. They started talking and “struck up a mutual fan-ship,” Baez said.

Baez expressed gratitude, saying, “to be honored for the connection of music and social action is very rewarding.”

Prior to the ceremony Friday evening, several attendees visibly scrambled to put on their masks properly when Baez and the masked Fauci entered together.

Instead of the usual several-hour black-tie event, followed by dinner, Friday’s festivities ran just 90 minutes with a limited audience. The musical performances and tributes — traditionally the centerpiece of the event — were split into two other nights; one took place Thursday and the second is scheduled for Saturday.

Kennedy Center President Deborah Rutter Rutter told reporters they “had been filming tributes all over campus.” All the events will be edited into a television special, which will be broadcast on CBS on June 6.

The honorees met with President Joe Biden on Thursday, marking a return to tradition after former President Donald Trump avoided the celebration during his tenure.

Baez said she she sang a song to Biden this week in the Oval Office.

Trump’s presence in the White House hung over the annual events from the start, with several 2017 honorees threatening to boycott if he attended.

Trump chose to stay away for the entirety of his time in office, to the quiet relief of administrators who otherwise may have faced an uprising from the artists.

The performing arts center is planning a full-scale reopening in September with events slowly ramping up until then. The 44th Kennedy Center Honors program should take place, back on its usual schedule, in December.