Ex-US Park Police chief: ‘Would have been inappropriate’ for Barr to order Lafayette Park cleared

Retired U.S. Park Police Chief Teresa Chambers told WTOP on Monday that Attorney General William Barr “is not in the chain of command,” and “it would have been inappropriate for him to try to direct” the Park Police to clear Lafayette Park last week.

In a series of emails to WTOP, Chambers responded to Barr’s interview with The Associated Press, in which he said he did not give a command to disperse the crowd June 1 — though he supported the decision.

Barr said that by 2 p.m. that day, he and U.S. Park Police were in agreement the perimeter surrounding Lafayette Park would need to be extended before an emergency 7 p.m. curfew.

D.C. Mayor Muriel Bowser imposed that curfew after protests the night before included some who threw bricks and rocks, vandalized, looted and set fires in a swath of Northwest D.C.

Within an hour, President Donald Trump walked through the park and posed at nearby St. John’s Episcopal Church, which had suffered some damage in a basement fire the night before.

Although the White House has said repeatedly the park was cleared at the direction of Barr, the U.S. attorney general told AP that is not accurate.

“I’m not involved in giving tactical commands like that,” Barr told the AP. “I was frustrated and I was worried that as the crowd grew, it was going to be harder and harder to do. So my attitude was get it done, but I didn’t say, ‘Go do it.'”

Members of Congress are seeking answers to the circumstances surrounding the timeline and tactics used in the clearing of Lafayette Park.

Chambers became the first woman to lead the U.S. Park Police in February 2002. She was suspended in 2003 and fired in 2004 after expressing concerns to a reporter that budget cuts and staffing shortages could jeopardize the Park Police’s ability to protect the nation’s monuments.

After years of appeals, the Merit Systems Protection Board in January 2011 ordered Chambers reinstated. She retired as chief of the U.S. Park Police in 2013.

The day after the Lafayette Square incident, Chambers posted on Facebook: “The death of George Floyd is reprehensible. The actions that caused his death are inexcusable. The former officer who knelt on Mr. Floyd’s neck for nearly nine minutes does not represent me or the 37 years I devoted to policing nor does he represent any officer I know — active or retired.”

“My heart is shattered over Mr. Floyd’s murder. My heart is breaking for a profession I love and for hundreds of thousands of good, decent, caring officers who are doing their best to protect people who are exercising their First Amendment rights,” Chambers continued.

Given the destruction the night before, including the small fire in St. John’s Church, Chambers told WTOP, “Without a doubt, they intended to move the crowd back before the 7.p.m. curfew kicked in the following day and, from all accounts, were in the process of doing so when the AG appeared.”

“He might have expressed an opinion, but it would have been inappropriate for him to try to direct the USPP,” Chambers said. “Once the perimeter was pushed back, the president took advantage of that and went for a stroll.”

“Despite what many media outlets have said, the expansion of the perimeter, which resulted in the crowed being moved back, was done for operational necessity,” Chambers said Monday.

“Officers standing shoulder-to-shoulder to move back a crowd, especially away from the White House when things start turning violent, is a tactic we used for large events during my tenure there. It does give the impression of a military movement, but it is effective with as little force as possible,” she said. 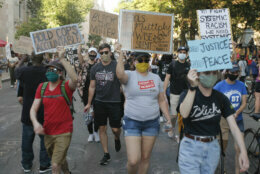 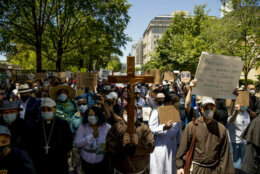 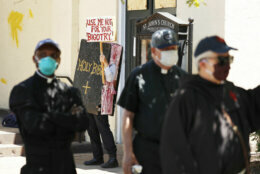 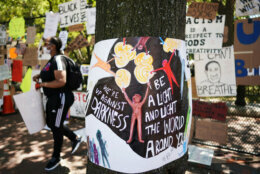 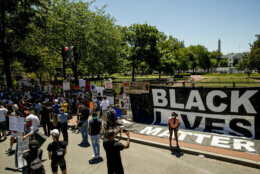 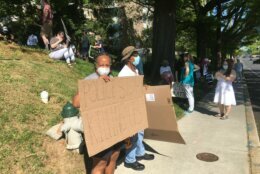 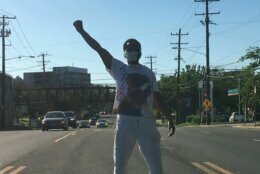 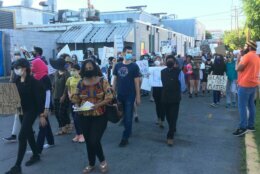 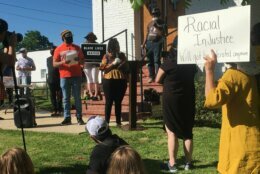 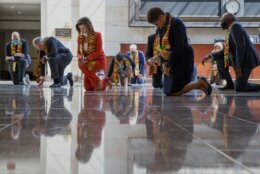 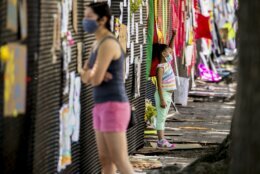 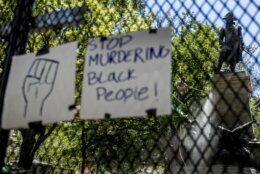 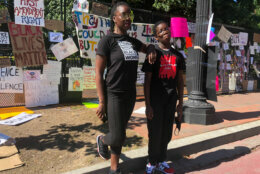 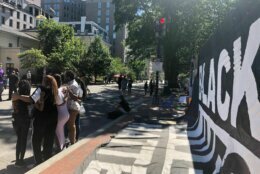 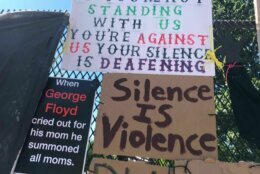 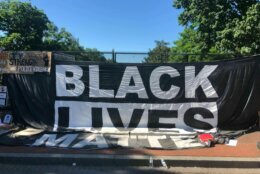 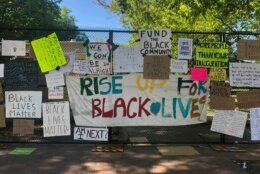 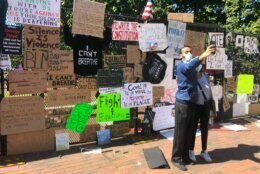 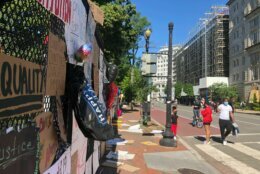 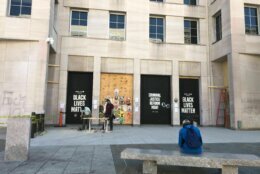