“The families and the surviving victims of these vicious crimes have waited for years and even decades in some of these cases,” Moore said. “My job is to help bring those answers, to provide those answers.”

Parabon analyzes DNA samples, which usually results in distant matches, while Moore, who is based on the West Coast, uses her skills to fill in the blanks of family trees. She first gained fame in the genealogy business by helping adoptees and others with unknown parentage learn more about their biological backgrounds.

Her work actually led to offers from television networks before, though Moore said she was hesitant because of the sensitive nature of some of those reunions. In 2018, she started working with Parabon to help solve crimes and thought those cases worked better for TV.

View the trailer for “The Genetic Detective” below:

“When I started working with criminal work, unfortunately the damage is already done,” said Moore. “I’m not going to cause damage by involving the media. Most of those cases have already been covered extensively.”

Most fictional crime series take great liberties when portraying the use of DNA to help solve cases in an hour’s time, often making it appear more simple and certain than it really is. Moore is hoping the series will dispel that notion, and others associated with the work she does with Parabon.

“There’s a lot of misconceptions out there,” said Moore. Another one is that commercial ancestry sites like “23 and Me” are used to help solve those cases, she said.

“It’s important to me that people understand how we’re using DNA in these cases and how we’re not,” Moore added.

Moore said it was also important to be able to explain the work that goes into solving these crimes.

“We do delve in deeper than normal,” said Moore. “I think they’re going to get a more realistic idea than is typically presented on television.”

Moore and Parabon started working together in May of 2018. In that first year, they helped solve, on average, more than one cold case per week, she said. Moore started filming with ABC in the fall of 2018, so the first cases in this series focus on those initial cases Parabon helped crack.

You won’t see any local cases in the show, yet, because police departments in this area had not started working with Parabon. However, one of the victims in a future episode was from Easton, Maryland.

Moore said it’s possible subsequent cases from the D.C. region will be featured in the future. 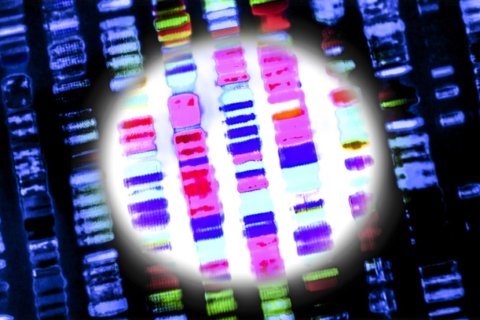