A cold, windy day is in store for the D.C. region and after Thursday night's heavy rain, some parts of the area are left without power. Here's what you need to know.

A cold, windy day is in store for the D.C. region and after Thursday night’s heavy rain, some parts of the area are left without power.

Dominion Energy said electricity is down for around 4,000 customers. About 2,000 Pepco customers are without power. In Maryland, a little more than 1,000 Potomac Edison customers are out. Nearly 3,000 BGE customers are down.

A flood warning is in effect until 1 p.m. Friday for parts of Fairfax and Prince William counties and the City of Manassas Park in Virginia. The warning also affects parts of Howard County.

TGIF and welcome to November. After reaching 77° on Halloween today will be about 25° colder… and blustery too. Guess it’s time to get out the next level of cold-weather gear. Scarf time. pic.twitter.com/1GUA7kiryF

On Friday morning, wind gusts could reach the 40 mph range before calming down a bit for the afternoon, said Storm Team4 meteorologist Chuck Bell. The clouds are heading out of the area, so most of Friday will be sunny, though much colder than Friday’s high of 77 degrees.

Temperatures will hover around 50 degrees for most of the afternoon and fall to the 40s in the evening, Bell said.

A crazy night of weather and a cluttered advisory map this morning. Wind advisories (tan) for the higher terrain of West Virginia and the Eastern Shore. High water advisories (Green) near DC and a FREEZE WATCH (blue )tonight for most of the area. pic.twitter.com/iHg6oqvvF9

Most parts of the area will have temperatures in the upper 30s by Saturday morning.

Bell said the new month brings a much colder weather pattern that’s here to stay for a while.

Slightly milder air will return early next week with a small chance of rain late Tuesday into Wednesday, with highs around 60. But then, another shot of cold air comes in the latter part of the week with a first chance of a rain/snow mix possible next Friday.

Metro has suspended service on the Orange and Blue Line between Eastern Market and Smithsonian due to a track problem at L’Enfant Plaza.

The windy conditions Thursday night brought down trees and branches around the region. One woman was critically when a tree fell on her car in Montgomery County.

In the Mason District, here are the closures:

In the Fair Oaks District, here are the closures:

In Maryland, Route 28/Darnestown Road is closed both ways between Back Rock Road and Md.-107/Whites Ferry Road because of a downed tree.

In Virginia, Route-193/Georgetown Pike is closed both ways near Centrillion Drive at the downed tree.

Friday: Mostly sunny and windy with highs in the low 50s.

Friday evening: Clear skies, breezy and cold with lows in the 30s.

Saturday: Mostly sunny, chilly with highs in the 50s.

Sunday: Breezy, chilly, with plenty of sun and clouds. Highs in the low 50s. 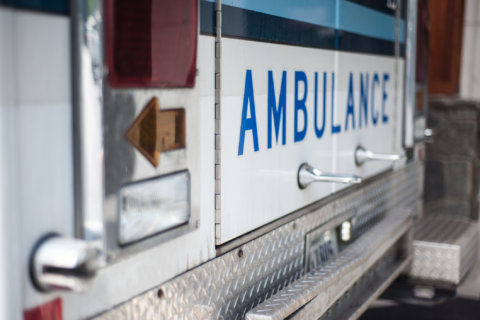 Woman dead after tree falls on car in Colesville