The Humane Rescue Alliance said the dog had injuries to all four legs; when it was brought in for medical treatment, one of its digits had to be amputated and a leg may also need to be amputated. See photos and video.
Listen now to WTOP News WTOP.com | Alexa | Google Home | WTOP App | 103.5 FM

WASHINGTON — Surveillance video captured a man striking, pulling and abandoning a dog in a Northeast D.C. parking lot earlier this month. Now, the Humane Rescue Alliance said the dog has been treated for severe injuries, and the man was arrested this week.

James Johnson, of Laurel, Maryland, was first arrested by Prince George’s County sheriff’s deputies on several charges, according to the Humane Rescue Alliance; once resolved, he’ll be arraigned in D.C. on animal cruelty charges.

The animal welfare group said it received a call Jan. 4 about an abandoned dog at Skip’s Liquors and Laundromat in Northeast. Four different people gave similar tips, and a witness confirmed Johnson as the man in the video.

The Humane Rescue Alliance said the dog is now recovering from the injuries. 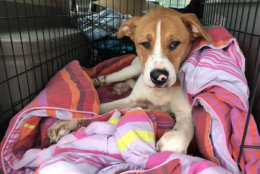 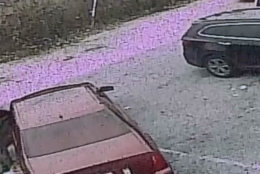 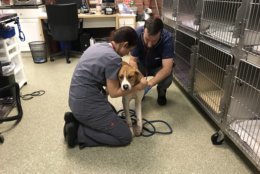 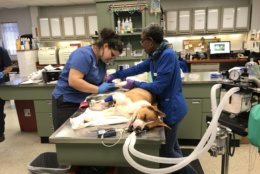