After a soggy start to the weekend that broke a daily record at Reagan National Airport, bringing more than 2 1/2 inches of rain, showers are finally tapering off Sunday evening. But wet roads and puddles of rain could freeze overnight, as some parts of the region will see temperatures in the low 30s. Here's what you need to know.
Listen now to WTOP News WTOP.com | Alexa | Google Home | WTOP App | 103.5 FM
(1/4) 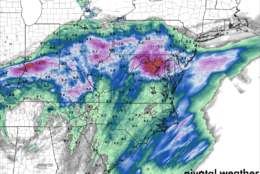 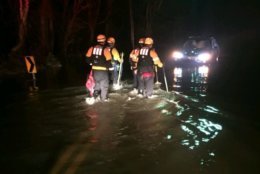 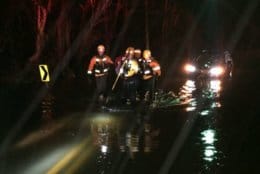 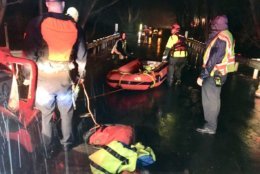 WASHINGTON — After a soggy start to the weekend that broke a daily record at Reagan National Airport, bringing more than 2 1/2 inches of rain, showers are finally tapering off Sunday evening.

Sunday’s rain was mostly moderate or scattered showers in the eastern suburbs and some of the heaviest rain has moved out of the region to the northeast. Water levels were starting to recede on streams and rivers, but flood warnings were still in effect for portions of the WTOP listening area.

But even as things dry up through the night, Storm Team4’s Somara Theodore warns that the wet roads could freeze overnight as some places will see temperatures in the low 30s. Puddles of rain can freeze, making for a slick morning commute, especially north and west of the District.

A flood warning is in effect in parts of Prince George’s County until 6:30 a.m. Monday.

WTOP’s Dave Dildine in the Traffic Center says many area roads are soggy, slow and slick. Dildine recommends drivers to take it slow on ramps and to keep headlights turned on.

Over two inches of rain fell on parts of the region on Saturday, leading to water rescues as small streams burst out of their banks and flooded roadways in Maryland, D.C. and Virginia.

The National Weather Service said most of the capital region had seen between 1 and 2 inches of rainfall by Sunday morning, with some reports of over 3 inches north and west of D.C. It was more than enough to send D.C. soaring above a yearly rainfall record, making 2018 the wettest year the nation’s capital has seen in over a century.

Firefighters rescued a person trapped in floodwaters on Woodburn Road and Robey Avenue in Annandale, Virginia. They also responded to a water rescue in Fairfax Station on Moonpatterns Trail; in Vienna on Old Courthouse Road and Besley Road; and in Clifton on Chapel Road and Cold Point Road.

The weather service asked commuters to avoid driving through flooded roadways, the most common cause of flood-related deaths. Patchy fog was also developing in parts of Montgomery County late Sunday morning, creating another hazard for drivers.

It will turn rather breezy late Monday, as a cold front approaches the area, NBC Washington meteorologist Steve Prinzivalli said. In the wake of the front, blustery northerly winds will bring cooler air back into the area with highs in the middle 40s — seasonable for the middle of December — under a partly sunny sky.

Tuesday: Breezy and sunny with cooler temperatures around 40 degrees.

Wednesday: Blustery and sunny with temperatures in the 40s. 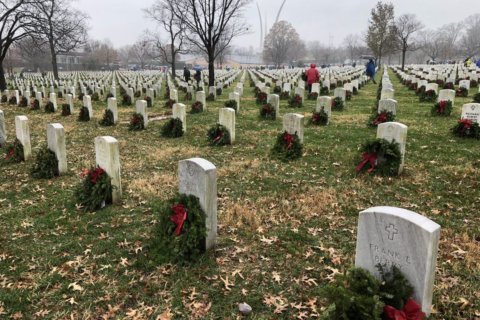 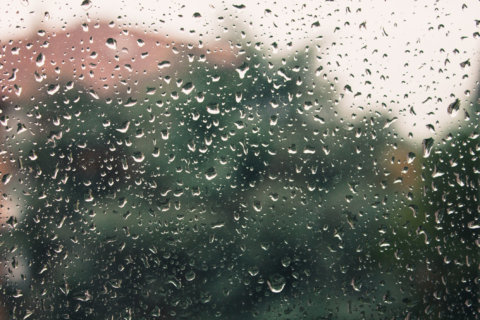