WASHINGTON — Cracking open a textbook or reading official accounts of events isn’t the same as hearing someone talk about something they’ve experienced firsthand. That’s part of the charm of what’s being accomplished by the Veterans History Project.

Since 2000, the Veterans History Project — mandated by Congress — of the American Folklife Center for the Library of Congress has been capturing veterans’ stories that might otherwise be lost and making them available online.

The project has preserved the stories of more than 108,000 vets, including that of Frank Buckles, who was the last surviving U.S. veteran of World War I. He passed away at his West Virginia home on Feb. 27, 2011. (Read a transcript of his interview here.)

More recently, the project sat down with former Marine Rob Jones, of Vienna, Virginia, who completed 31 marathons in 31 days on Veterans Day in 2017 to raise money and awareness for wounded warriors. 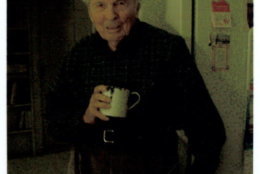 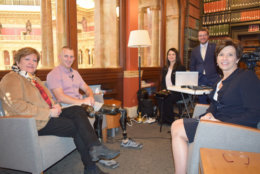 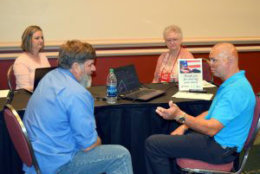 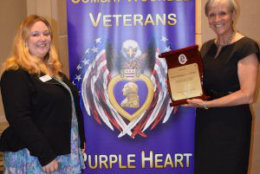 The National Court Reporters Association and Foundation have been part of the effort from the beginning, by transcribing thousands of interviews already on file or as they happen live.

“Court reporters are uniquely qualified to transcribe interviews because they have to type out a minimum of 225 words per minute for their certifications,” said April Weiner, development relations manager with the National Court Reporters Association and Foundation.

Just to clarify, that impressive number of words per minute is done shorthand on a stenotype machine.

Having stories transcribed is helpful for people with hearing loss and for researchers, such as documentarian Ken Burns, who can use keywords to search for specific topics, places or events.

As technology evolves, electronic voice recognition systems are becoming more common for translations of audio into print and for closed captioning.

Marcia Ferranto is the executive director and CEO of the National Court Reporters Association. She believes the hearing loss community should demand the greatest quality possible in getting captions.

“And, that’s always going to be a person behind a machine rather than an electronic recording,” Ferranto said. “Nothing can replace the human component.”

About half of the stories told to the Veterans History Project have been digitized and are available online.

New additions are still being collected, though. Families are encouraged to have loved ones participate and to contribute associated memorabilia that can be reviewed by families and researchers through the ages.

“You can schedule an appointment, they will go upstairs into the archives, they will bring down your veteran’s box of memory, and you as a family can sit down downstairs in the Library of Congress and experience it,” Ferranto said.

“We watched a family do that — request the history of their great-grandfather. They were all able to experience ‘his story,’ and it was very, very moving.” 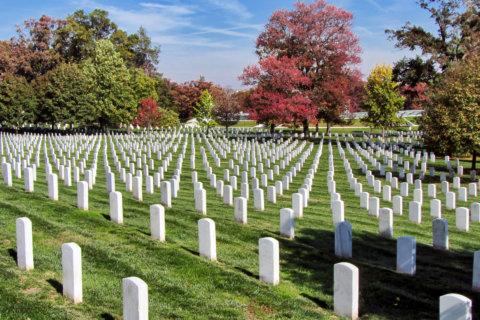 100 years later: The significance of World War I