The Caps' big-time success has drawn both dedicated fans and bandwagon-jumpers to the area around Capital One Arena. It's also drawn ticket scammers — and D.C. police want fans to be careful.
Listen now to WTOP News WTOP.com | Alexa | Google Home | WTOP App | 103.5 FM

WASHINGTON — The Stanley Cup Final has drawn both dedicated fans and bandwagon-jumpers to the area around Capital One Arena. It’s also drawn ticket scammers — and D.C. police want Caps fans to be careful.

“Whenever you have a big game like this, that’s going to happen,” Chief Peter Newsham told reporters outside the arena Monday.

Fans who are willing to buck up for a good seat (prices start at $1,100) should get them from a trusted site or someone they know, police advise. Fans who decide to hand over cash to a stranger, Newsham said, are putting themselves in a precarious position. (In D.C., selling tickets on the street is fine as long as the price is face value.)

One person was arrested before Saturday’s Game 3 for selling fake tickets, which Newsham said can look as authentic as the real thing.

“You won’t know that it’s a fraudulent ticket until you try to go through the turnstile, and they tell you you can’t get in,” he said.

There was also an arrest amid the celebration after the Caps’ Game 3 win Saturday, Newsham said. A few tried to climb light poles, and most cooperated before they were asked to jump down.

“To have an event of this size with this many people and only have to make one arrest is a very good night,” he said.

With Game 4 Monday night, police are anticipating increased intensity, and hope that alcohol consumption will be in moderation. 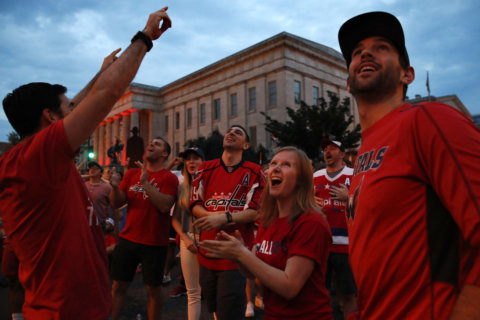 Everything fans need to know about Caps Stanley Cup Game 4 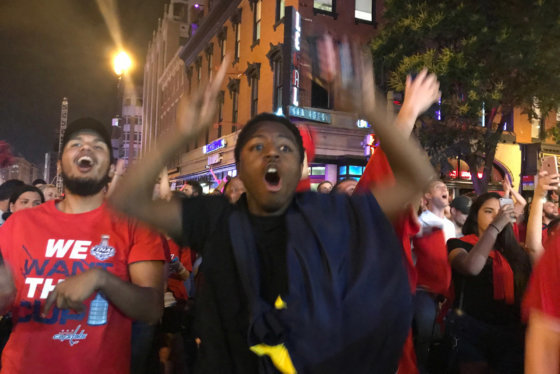 In 1998, the Caps played in D.C. and lost. Twenty years later, they’re back and this time, they won on their own turf. Here are pictures from Game 3, the first Stanley Cup Final game in D.C. in 20 years and the first time the Caps have taken a lead in the series.