WASHINGTON — Add this to your wish list of Caps’ Stanley Cup Champion memorabilia: the commemorative SmarTrip card from Metro.

Officials are making good on a promise after Game 4, when T.J. Oshie and Matt Niskanen had taken the train to Capital One Arena. (You’ll recall Oshie didn’t have enough money loaded on his card.) Officials vowed to issue such a card if the Caps could ice the Vegas Golden Knights in the Stanley Cup Final.

Such special cards are usually done for inaugurations and other nationally significant events. A D.C. sports championship card hasn’t been offered up to now because … well, you know.

“We are excited to honor the players who rode Metro to the games and the entire Caps team for this historic championship,” Metro General Manager Paul J. Wiedefeld said in a statement Monday.

The cards will be sold for $10 each (including $8 in fare value) and are only available online on WMATA’s website. 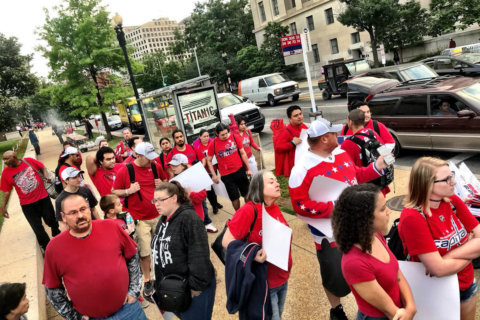 Your guide to the Capitals’ victory celebrations