WASHINGTON — The chants of “We are Bijan” echoed off the Department of the Interior building in downtown D.C., as a large crowd gathered to demand answers in the death of a 25-year-old accountant from McLean, Virginia.

The protest Friday night was one of several that has been organized since Ghaisar’s death last November. It was held at Rawlins Park, across the street from the Interior Department, which oversees the National Park Service. NPS oversees the U.S. Park Police.

Dash-camera footage from the shooting, released by Fairfax County police (which assisted in the pursuit), appeared to show Park Police officers firing as many as nine shots at Ghaisar’s SUV on the George Washington Parkway.

Ghaisar was unarmed when he was shot by the officers. 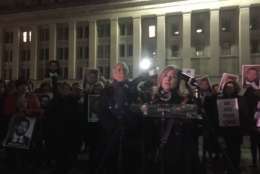 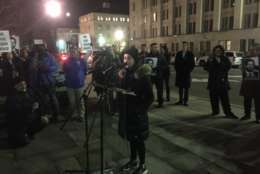 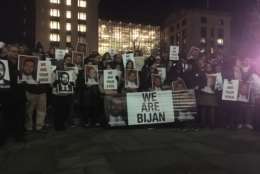 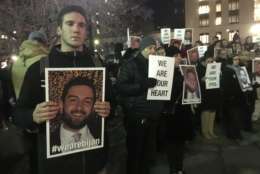 “I want an explanation for every single one of those nine shots,” said Ghaisar’s sister Negeen.

The sound from the police video played during a moment of silence, and the sound of gunshots fired by U.S. Park Police echoed in the hush.

“If this is not murder, I wonder what is murder?” said Bijan’s mother, Kelly Ghaisar, to the crowd.

The FBI is investigating the shooting.

Earlier this week, Park Police Chief Robert MacLean said in statement that he has met with the man’s family and promised an impartial investigation.

Also in the wake of the shooting, D.C. Del. Eleanor Holmes Norton announced Friday that she will introduce a bill that would require federal police officers to wear body cameras and have dashboard cameras in marked cars.

“Particularly in the District, where there are many federal officers — including those with local policing powers — we must ensure federal officers are held accountable to the public for their actions,” Norton said in a statement on the bill. 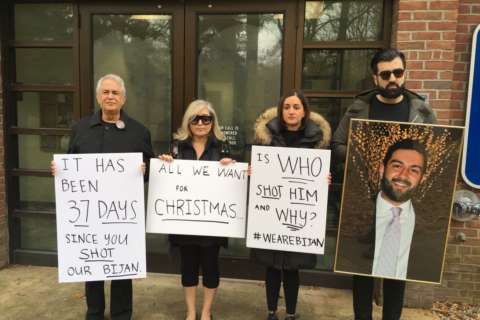