The white man accused of sparking panic at Howard University by posting an online threat to kill black students at the school, has been ordered to remain in custody until his trial.
Listen now to WTOP News WTOP.com | Alexa | Google Home | WTOP App | 103.5 FM

ALEXANDRIA, Va. — The white man accused of sparking panic at Howard University by posting an online threat to kill black students at the school, has been ordered to remain in custody until his trial.

John Edgar Rust, 26, of Alexandria, a convicted sex offender, is accused of posting the threat on the online message board 4chan in November 2015.

Rust was arrested Wednesday on federal charges that carry a maximum of five years in prison if he’s convicted.

At his first appearance in U.S. District Court in Alexandria on Thursday, Rust was led in wearing a button-down shirt and jeans, and with his hands cuffed behind his back.

During the hearing, FBI Special Agent Bridgit DePietto was called as a witness.

Asked by a defense attorney why it took almost two years after the threat was posted to arrest Rust, DePietto said it took time for investigators to access computers and devices seized from Rust and that many of the devices were encrypted.

The defense asked for Rust to be released on his own recognizance, and explained that he was willing to undergo electronic monitoring.

His attorney also said Rust was laid off a year ago from a full-time job and is looking for work.

But U.S. Magistrate Judge Theresa Buchanan said Rust is a danger to the community and ordered him detained until trial.

No trial date is set yet.

Rust previously pleaded guilty in Loudoun County in 2012 of indecent liberties with a child by custodian and aggravated sexual battery. 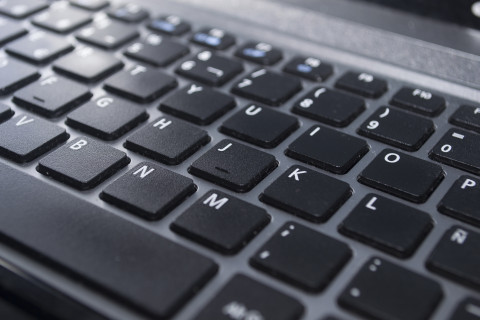