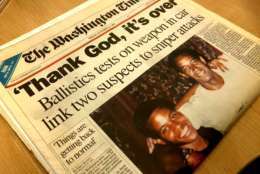 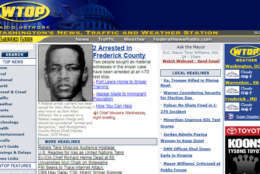 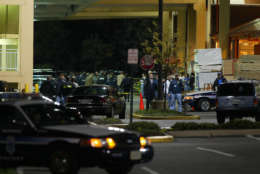 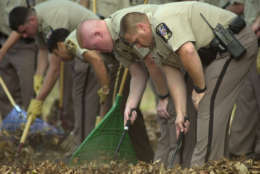 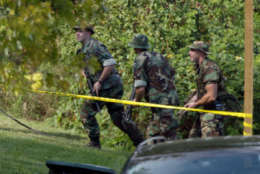 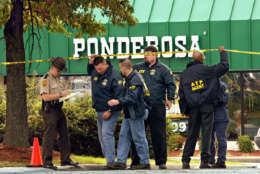 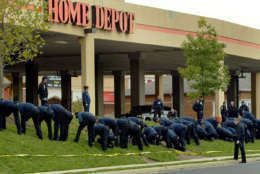 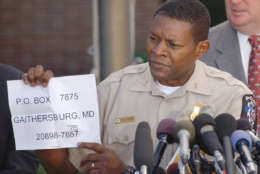 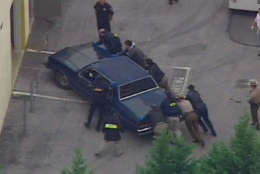 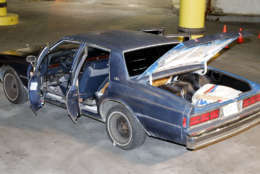 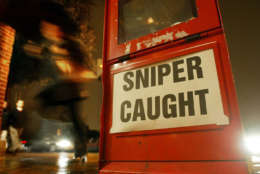 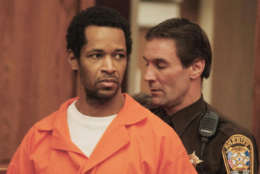 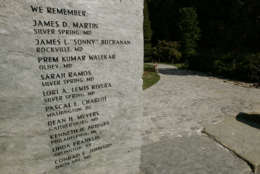 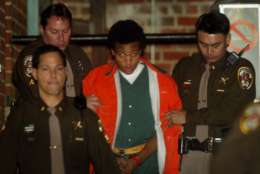 Malvo, now 32, is contesting multiple life sentences in Maryland and Virginia, after recent Supreme Court rulings regarding mandatory life sentences for juvenile defendants. Malvo was 17 at the time of the sniper rampage.

In the early morning hours of Oct. 24, 2002, Muhammad and Malvo were taken into custody while asleep in the 1990 Chevrolet Caprice that had served as a mobile murder lair for 23 days.

Hours after their New Jersey license plate was leaked by law enforcement, a truck driver called 911 to report seeing the Caprice parked in a rest stop off Interstate 70, near Myersville, Maryland. Federal and state authorities apprehended the suspects without incident.

“Seems like yesterday,” said Scott Yinger, who in 2002 was the commander of Maryland State Police barrack in Frederick County.

Troopers from the barracks located the vehicle in the rest area, and stealthily prepared for a take-down.

Yinger said troopers closed down the interstate near the rest stop, and diverted highway traffic. Seven miles of the interstate were shut down, in both directions.

“They were trying to get innocent bystanders out of the rest area, while still containing the vehicle,” said Yinger. “There was no certainty that they were asleep, or that one was a lookout.”

“We caught them asleep, thankfully,” said Yinger, who is currently a division chief with the Maryland State Highway Administration.

Muhammad was executed in 2009, for the Prince William County murder of Dean Harold Meyers, after his trial was moved to Virginia Beach. Muhammad had also been convicted in 2006 in Montgomery County, Maryland for six murders, and had been sentenced to six life sentences without the possibility of parole.

Malvo was convicted in 2003 in Chesapeake Circuit Court, for the Fairfax County murder of Linda Franklin. He was sentenced to life in prison, with no chance of parole.

In October 2004, Malvo entered an Alford Plea in Spotsylvania County, for the murder of Kenneth Bridges and attempting to murder Caroline Seawell. Malvo was sentenced to life in prison without parole for the Spotsylvania murder.

The U.S. Supreme Court ruled in 2012 that mandatory life sentences for juveniles were unconstitutional, and in 2016 determined the ruling should be applied retroactively.

This May, a federal judge ordered Malvo be resentenced for his Virginia crimes.

Earlier this month, Virginia’s Attorney General Mark Herring filed an appeal with the U.S. Court of Appeals for the Fourth Circuit in Richmond.

In August 2017, a Montgomery County Circuit Court judge denied Malvo’s motion for a new sentencing hearing for the six life sentences without the possibility of parole.

In addition, Greenberg said sentencing judge Paul Ryan was within his purview to determine Malvo was “irreparably corrupted,” in meting out a life sentence with no possibility of parole.

Malvo’s public defender has filed a notice of appeal with Maryland’s Court of Special Appeals, but has not yet filed a brief. 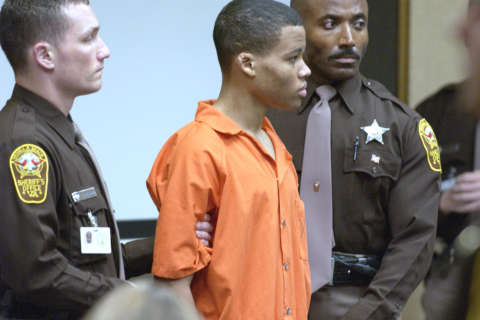 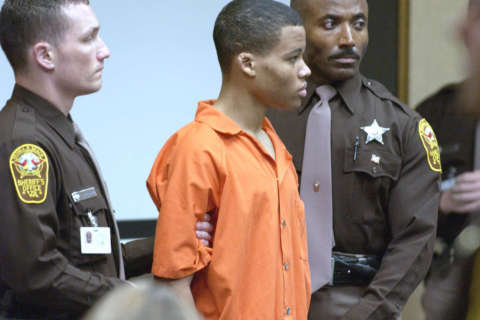