Hundreds of flights have already been canceled due to Irma, and those disruptions could end up being more widespread if the storm has a direct impact on major hubs.
Listen now to WTOP News WTOP.com | Alexa | Google Home | WTOP App | 103.5 FM

WASHINGTON — With Hurricane Irma approaching Florida, travelers who have plans to fly to that region are facing obstacles and being forced to make sudden schedule changes.

At Reagan National Airport Thursday morning, a group heading to Jacksonville, Florida, for a golf trip finalized plans to cut its vacation short.

“We’ve all moved our flights up by at least one day and in some cases two,” said Bob Banner of Bethesda, Maryland. “They’re already canceling flights in parts of Florida, so coming back could be troublesome.”

Brad Rozansky, another member of the group from Bethesda, said they hoped to be back in the D.C. area by Saturday at the earliest.

“We all have rental cars reserved in case,” he said. 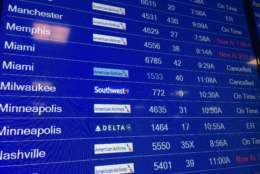 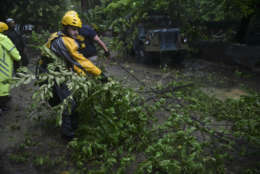 Airlines have been monitoring Irma and making adjustments, offering travelers waivers so they can change flights without having to pay a fee.

Hundreds of flights have already been canceled, and those disruptions could end up being more widespread if Irma has a direct impact on major hubs such as Miami, Orlando, Tampa or even the world’s busiest airport in Atlanta.

Miami International Airport said it would shut down if winds reach 55 mph.

“This could easily be the most costly storm in U.S. history, which is saying a lot considering what just happened two weeks ago,” said Brian McNoldy, a hurricane researcher at the University of Miami, alluding to the damage caused by Hurricane Harvey.

Irma weakened only slightly Thursday morning and remained a powerful Category 5 storm with winds of 180 mph, according to the U.S. National Hurricane Center which predicted Irma would remain at Category 4 or 5 for the next day or two.

Forecasters said the storm would likely skirt Cuba on Friday night into Saturday before heading north toward Florida.

The storm was increasingly likely to rip into South Florida early Sunday, prompting the governor to declare an emergency and officials to impose mandatory evacuation orders for parts of the Miami metro area and the Florida Keys. 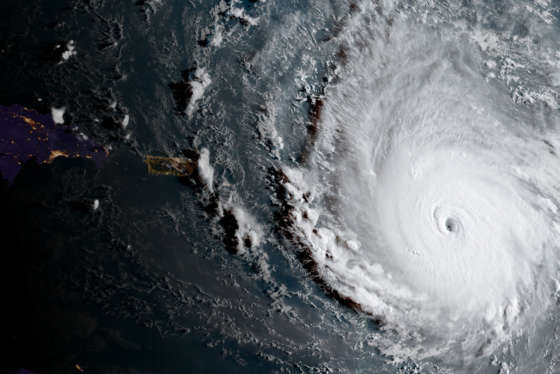