Young, talented voices singled out for ‘The Opportunity’

Three winners were selected for "The O," a local contest that helps young artists launch a career in music. And the winners are all 17 years old.
Listen now to WTOP News WTOP.com | Alexa | Google Home | WTOP App | 103.5 FM

WASHINGTON — Some incredibly talented singer-songwriters in the area — all still in high school — have been competing to win the opportunity at a record deal, and the winners have been chosen.

The goal of the locally produced contest called “The Opportunity” — or “The O” for short — is to help young artists launch a career in music.

They got help writing and recording their own original songs in a professional studio. Then they performed those songs live at the WPGC-FM studios in D.C. before an audience and judges.

In addition to being judged for singing and songwriting, the finalists got points for public speaking ability, knowledge of music history, fashion sense and social media savvy.

The three winners are all 17 years old. 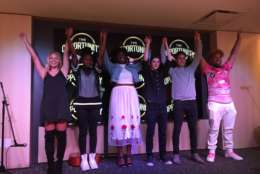 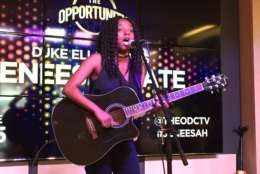 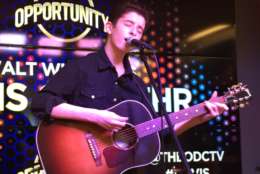 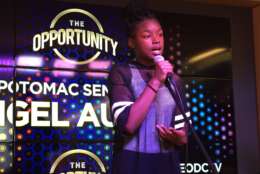 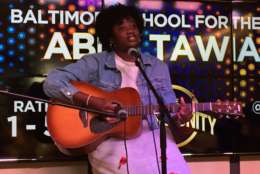 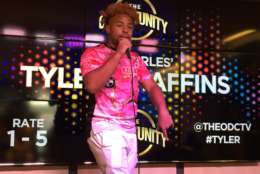 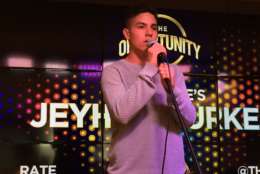 First place went to Jeyhan Turker of Riverside High School in Leesburg, Virginia, who has a powerful voice and commanding stage presence. He won the grand prize, which includes a record deal with WPGC’s DJ Flexx and MTS Music, as well as production of a four-song EP.

“My main person that I love and who inspired me to do music is Beyonce,” Turker told WTOP. “If I can do music — which is what I love — and support myself with it, that’s the best thing to me. That’s just my ultimate goal.”

The second- and third-place winners earned free time in a recording studio.

Tyler Chaffins of St. Charles High School in Waldorf, Maryland, came in second place, thrilling the WPGC crowd with a fun song that included rapping and a daring walk into the audience.

You’d never know it from seeing him on stage, but Chaffins is autistic, and didn’t speak until he was 8 years old. He told WTOP that he began singing in eighth or ninth grade.

Chaffins said his other passion is supporting the autism community.

The third-place winner was Abby Tawiah of the Baltimore School for the Arts.

Last summer, Tawiah said she was working at a pool at a largely white private school. One day a co-worker who she considered a friend said, “You know you’re a dirty N-word, right?”

Tawiah said she was frozen and couldn’t answer. But the experience prompted her to write a compelling song that she performed for the competition called “Stereotype.”

“Music is the only thing that I ever want to do,” Tawiah told WTOP. “When I’m singing, I feel like I can’t go wrong.”

The producers of “The O” plan to launch another version of the contest this summer.

They’re hoping to find a local TV home for the competition and possibly help TV stations in other cities produce their own versions.