Flashback: Before the Capitals, and the birth of the Cap Centre

The birth of the Washington Capitals and their first home, is a storied tale of innovation and experimentation. And, a Capital Centre reunion is in the works.
Listen now to WTOP News WTOP.com | Alexa | Google Home | WTOP App | 103.5 FM

WASHINGTON — As the Washington Capitals compete in the playoffs, many fans have probably never heard the tale of the Caps’ first home, and how the team came to be.

It started with the success of the Baltimore Bullets, owned by the late Abe Pollin, who made it to the National Basketball Association finals in 1971.

“Abe realized it would be best if the team moved to the Washington, D.C. area,” said Jerry Sachs, who had left a position as director of sports marketing for Coca-Cola, to be general manager of Pollin’s basketball team. “My job was the marketing, the business, the non-basketball side of the Bullets operation.”

Sachs told WTOP Pollin tried to get the District of Columbia, Montgomery County, Maryland, and Fairfax County, Virginia, to build an arena, and he would bring a tenant — the Bullets.

When nobody took him up on his offer, Pollin researched and determined a privately-owned and operated arena could work, but he would need a second tenant.

“Abe had never seen a hockey game in his life,” said Sachs. 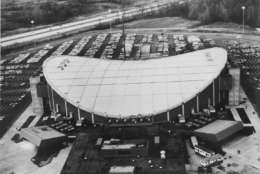 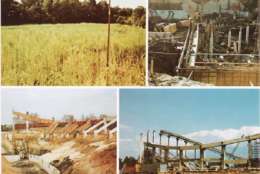 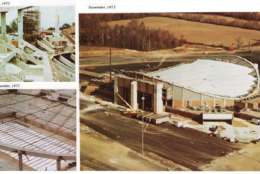 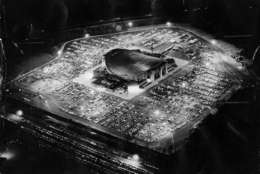 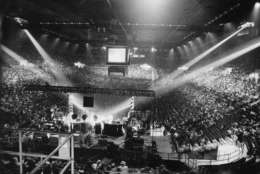 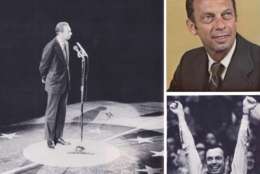 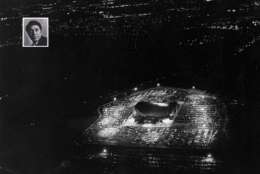 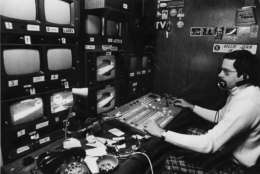 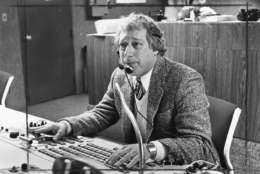 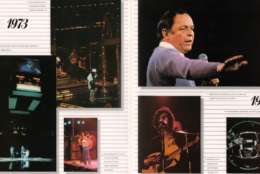 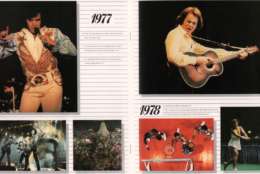 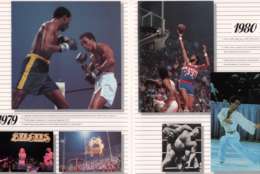 Share on Facebook. Share on Twitter. Share via email. Print.
Pollin spoke with Jack Kent Cooke, who was the owner-operator of the Los Angeles Forum, the NBA’s Lakers and NHL’s Kings, as well as Ned Irish, who was president of Madison Square Garden and the New York Knicks.

“They convinced him that hockey was a pretty good way to have a successful franchise,” said Sachs.

On the last day franchise applications were being accepted by the NHL, Pollin’s group submitted its plan, and was selected.

The only hitch? Pollin needed a place for his team to play.

“The land was actually left over from the construction of the Beltway,” said Sachs. “It was landlocked, it had no access, and Metro was not even in the planning stages for anything in that area [of Prince George’s County, inside Interstate 495].”

Roads had to be built by the county to bring fans to the site, as Sachs and Pollin dealt with tight deadlines.

“We went crazy, we were designing and building at the same time, the George Hyman Construction Company was magnificent,” said Sachs.

“We had the rainiest fall in the history of Washington, but indeed we opened on Dec. 3, 1973,”  with a Bullets game against the Seattle Supersonics.

Given its location, and the region’s  infrastructure, traffic jams quickly became legendary at the Cap Centre.

“There was no public transportation, everyone who came to the Capital Centre came by wheels,” said Sachs.

“Abe let us do extraordinary things,” said Sachs. “We created the first center scoreboard with replays, we actually created our own ticketing system.”

Its first year in existence was not without problems. The Cap Centre’s Ticket Centre system often double-sold computerized tickets.

The Capital Centre became much more than a basketball and hockey arena.

“The first year we opened, we had 59 concerts,” said Sachs. “Contemporary music was exploding at the time.”

“We actually had the inaugural parade for the second Reagan inaugural (in 1985),” said Sachs. “The Surgeon General had determined it would be too (cold) for children to be marching in the parade because of frostbite.”

Fielding a call from the White House the night before the parade, Sachs and his team met with the Secret Service and Presidential Inaugural Committee, to coordinate the impromptu event.

“They marched through the concourse, and on the floor, the bands played,” recalled Sachs. “The Bushes came by motorcade, the Reagans came by helicopter and landed on a parking lot.”

Ironically, Pollin was one of the last to know.

“Abe was on the West Coast, and we couldn’t communicate with him, since this was pre-cellphone days,” laughs Sachs. “He had no idea the inaugural parade was going on in his building, until he saw it on television, and called and asked, ‘What the hell is going on in my building?'”

Over the years, until its demolition in 2002, the Capital Centre’s legend grew.

Krulik and Sachs are hosting a “Capital Centre Family Reunion,” on Sunday, May 21, to celebrate the arena’s legacy, at University of Maryland’s Clarice Smith Performing Arts Center.

Anyone who ever worked at the Cap Centre is invited to the free event.