For special needs kids, Wings for All is dress rehearsal for flying 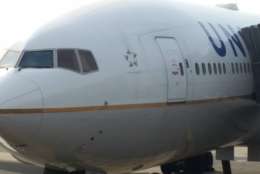 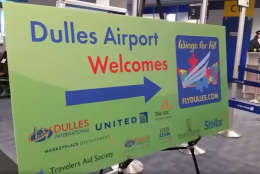 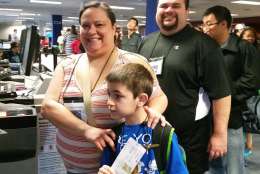 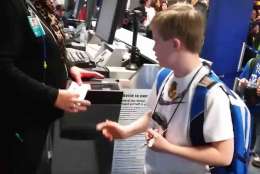 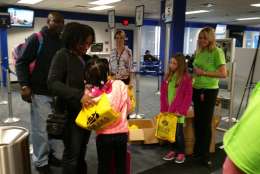 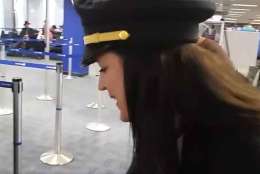 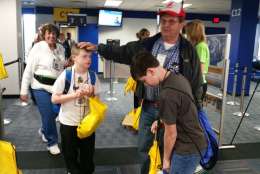 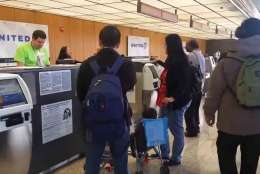 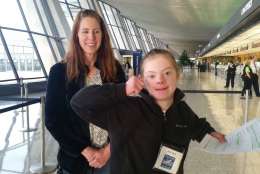 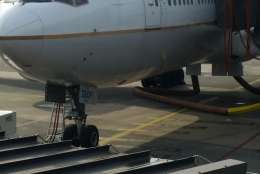 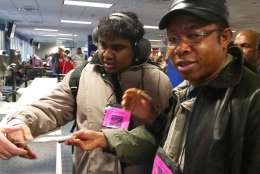 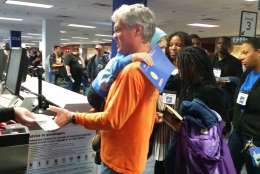 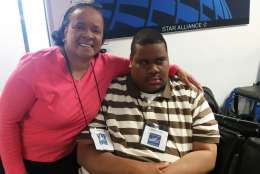 DULLES, Va. —Some families with a child with autism or other intellectual or developmental disabilities have to drive everywhere, since flying seems out of the question. But a unique program is allowing these families to see if flying could be right for them.

On Saturday, the Wings for All program took special-needs participants at Dulles International Airport through a step-by-step air travel process — from getting tickets at the ticket counter, to going through security, finding their gate and even boarding the simulated United flight 2839 bound for Baltimore.

Through the program, 10 United flight attendants and two pilots volunteered their time to take 40 program participants and their family members on a memorable flight even though the passenger jet never left the ground.

“This is like a dry run for us,” said mother Ann DaRe. “Kelsey and I are here to find out what it’s like to get on a plane and go through the process.”

DaRe’s 11-year-old daughter Kelsey DaRe has Down syndrome and has never traveled by air. DaRe said she is grateful for the opportunity to find out if flying and her daughter’s personality are compatible before investing a lot of money into airline tickets.

Wings for All is designed to help parents find out if air travel is right for their special needs children. The idea is for these individuals living with autism or other intellectual and developmental disabilities or physical disabilities to get a taste of what air travel is all about. The goal is to remove some of the anxiety and surprises from the process and to hopefully make it less overwhelming for people with special needs.

The program has been held at Dulles for the past five years and at Reagan National Airport for the past four years. The program is done through a partnership with Metropolitan Washington Airports Authority, The Arc of Northern Virginia and United Airlines, according to Kymberly DeLoatche with The Arc of Northern Virginia. Arc supports people with intellectual and developmental disabilities and their families.

Holding a model United Airlines passenger jetliner as he waited to board the flight, 13-year-old Robbie Frost, who also has Down syndrome, was over-the-top excited for his first time boarding a plane.

Rometa Alston said she was thrilled to find out about the program because her 26-year-old son Tedric Alston sees planes in the sky and tells her that he wants to be a pilot.

Alston and her husband did not tell Tedric, who has autism and Tourette syndrome, that he was going to go on a plane. They, instead, wanted to surprise him on Saturday morning. She said the experience would be helpful to Tedric because they will be taking a flight later this summer.

“Fundamentally, I want him to know he’s like everyone else and he should have life like everybody else,” said Alston.

After getting off the plane following the simulated flight, Alston was visibly moved to tears. She said just seeing her son’s face when he saw the cockpit was pretty overwhelming for her. She said he always tells her he wants to be a pilot.

“You’re a pilot for a day,” Alston told her son.