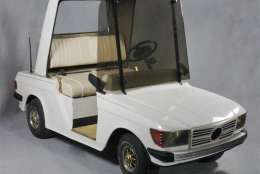 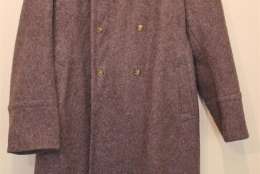 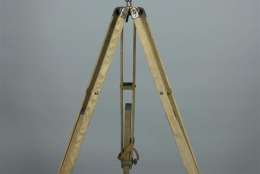 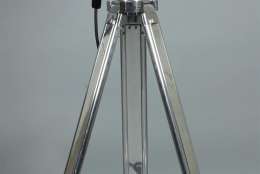 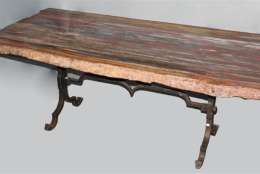 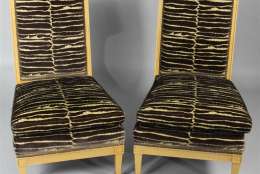 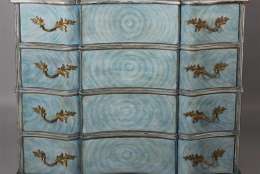 WASHINGTON — Items belonging to famed American novelist Tom Clancy went up for auction Tuesday in Alexandria, and several sold for much more than expected.

The auction took place at The Potomack Company auction house in Old Town, and many of the items came from Clancy’s 80-acre estate on the Chesapeake Bay in Maryland’s Calvert County.

“The pieces that brought the most were some petrified wood tables,” said auction house owner Elizabeth Wainstein.

The stunning tables were expected to sell for around $1,000 each, but fetched much more.

Clancy’s golf cart, which looks like a miniature luxury car, also got a lot of attention. Its estimated selling price was between $800 and $1,200, but it rolled away for $2,500.

On the other hand, a Soviet army overcoat that Wainstein thought would generate a lot of interest sold for less than expected at $225.

“So I guess no one in D.C. wants to be wearing a Russian wool military coat these days,” she joked.

Ninety-five percent of the items up for auction were sold for a total of more than $100,000.

Before his death in 2013, Clancy wrote a string of best-selling novels including “Clear and Present Danger” and “The Hunt for Red October.” 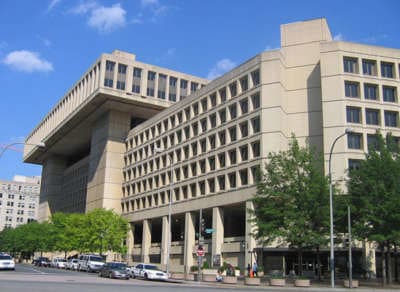