D.C. would have only one or two days of clean drinking water available if its sole source, the Potomac River, were rendered unusable by an accident or intentional act. In the third installment of WTOP’s Crumbling Capital series, Neal Augenstein examines the vulnerability of the water supply for D.C., Arlington County and the City of Falls Church.
Listen now to WTOP News WTOP.com | Alexa | Google Home | WTOP App | 103.5 FM
(1/13) 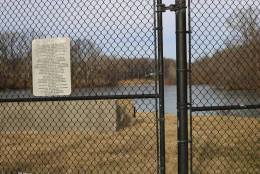 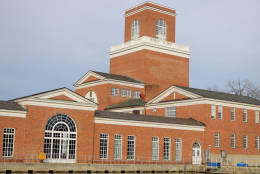 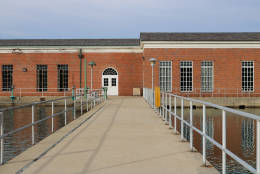 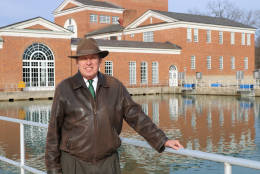 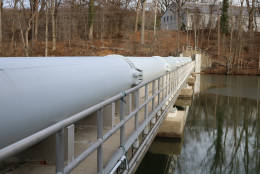 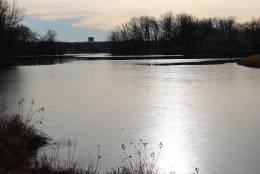 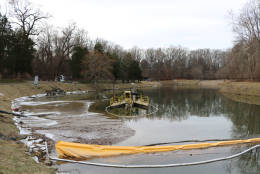 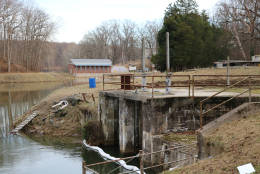 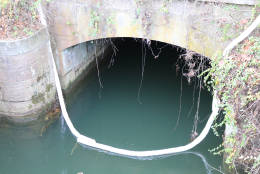 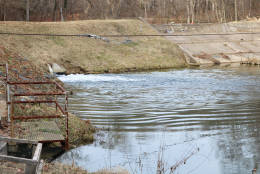 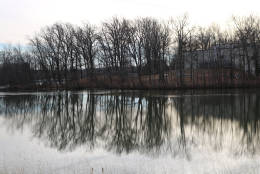 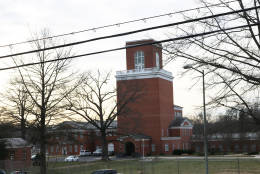 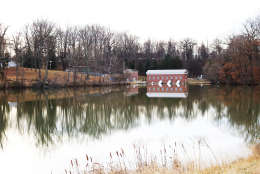 This is the third story in WTOP’s series, Crumbling Capital, scrutinizing the decaying infrastructure in the D.C. region and what’s being done to fix it.

WASHINGTON — A train crash. A power plant discharge. An underwater pipeline rupture. An act of terrorism. Any of these could quickly cripple the drinking water supply of the nation’s capital.

And there’s no Plan B.

“We only have about 24 to 48 hours of water supply available should the Potomac River become unavailable to us,” said Tom Jacobus, general manager of the Washington Aqueduct. Operated by the U.S. Army Corps of Engineers, the aqueduct processes drinking water for the District, Arlington County and the City of Falls Church.

WTOP has learned about steps being taken and studies underway to develop a backup water supply that is not dependent on the Potomac River.

The problem came into focus last month when a petroleum-based sheen on the Potomac forced the Washington Aqueduct, Washington Suburban Sanitary Commission and Fairfax Water to all take steps to keep the pollution out of water treatment plants.

The local utilities used booms to deflect the contaminant and closed intakes to prevent the water from entering the region’s six water treatment plants.

Several days later, the U.S. Environmental Protection Agency determined the product was lubricating oil and traced the spill of less than 150 gallons to the Dickerson Power Plant in upper Montgomery County.

Unlike previous minor spills, which generally flow down the Potomac slowly but predictably, the November spill, according to the EPA, “lodged in small discreet spots south of the plant,” and re-emerged “due to changing weather and shoreline conditions.”

Although the relatively small amount of pollutant in the Dickerson spill largely dissipated over time, it caused concern for water executives because the current plan to deal with spills involves temporarily closing water intakes until the contaminant flows past.

The Washington Aqueduct, which serves about 1 million customers, has two water intakes — one at Great Falls and another 10 miles down river, at Little Falls.

During the November spill, the aqueduct shut its Great Falls intake and planned to reopen it when the sheen passed, while simultaneously closing the Little Falls intake.

The potential for a more severe spill has been present for decades, said Jacobus.

“If a rail car overturned and dumped product into the water, for instance at Harpers Ferry,” and if the pollutant failed to flow down river, past the water intakes, the Washington Aqueduct would only have a maximum of two days of stored water to process, said Jacobus.

Other threats exist beneath the Potomac itself, said Jacobus.

“There are pipelines under the river. If one of those oil pipelines were to be damaged, and before it could be shut off, it could put a significant amount of oil into the river,” said Jacobus.

A large spill of heavy oil would require the extended closure of water intakes to block the flow of the pollution into treatment plants. The thick oil would damage plant equipment.

Although the Washington Aqueduct has no backup water supply — it’s the Potomac or nothing — the two other main water utilities in the region have limited alternative water sources.

Although WSSC and Fairfax County Water could endure a longer period of time without water from the Potomac, customers in the District, including the federal government, as well as Arlington County and Falls Church would have no alternative source.

WSSC’s chief of plant operations J.C. Langley said without the ability to draw water from the Potomac, the impact would be felt quickly — only two days “before we start impacting fire protection and water pressures.”

“Without water from the Potomac River, the Patuxent Plant would buy us some time, but not much,” Langley said.

In addition, there are not pipes in place to allow the water utilities to share water they have stored.

“The current situation is there is no interconnection among the production plants — the six large water treatment plants in this area,” said Jacobus.

The three local utilities have shared access to two reservoirs within the Potomac River watershed — Jennings Randolph Reservoir on the Maryland/West Virginia border and Little Seneca Reservoir in Montgomery County.

However, the only way to move water from the reservoirs to local treatment plants is to release it into the Potomac River, Langley said.

Planning for a better backup

The reliance on the Potomac, and lack of alternatives has caused water and government officials to look at the tenuous plans in place to deal with spills — or worse.

“The water utilities have worked very diligently to look at vulnerability assessments, to ensure a continual production of water,” said Jacobus. “However, there certainly is the feasibility that you could be denied, through some terrorist activity, (access to) your treatment facilities or the river.”

Water officials have come to the conclusion something needs to be done.

“We’ve now realized that looking at river models, closing intakes and trying to get them reopened may not be sufficient,” Jacobus said.

Fairfax Water’s public affairs officer Susan Miller said: “Anytime you can acquire off-river storage, it will be of great benefit to the community in terms of planning for emergencies and future growth.”

“We must find an opportunity, and develop it, to overcome the contamination event in the river, which could happen very innocently by accident, or worse, intentionally,” said Jacobus. “It could be very damaging to us for a period of time.”

Jacobus said the water utilities are looking into the possibility of a shared reservoir that could provide water if the Potomac were unavailable as a water source for several days. Studies have identified a possible solution that local water officials believe could provide a level of resilience that the region doesn’t currently have.