WASHINGTON — If you’re worried about driving over a pothole, you are not alone. Most people around the country feel the same way.

A new study from AAA shows two-thirds of Americans are concerned about hitting potholes on their local roads.

AAA Mid-Atlantic has said it expects that the recent freezing and thawing in the D.C. area will produce a record year for pothole-related damage.

“We have been seeing a tremendous spike in punctured tires and bad alignments because of potholes,” says AAA Mid-Atlantic spokesman John Townsend.

“We’re seeing more than usual not only because of the blizzard of 2016, but because of all the ice.”

Pothole damage has cost drivers nationwide $15 billion over the past five years, according to the study. Every time someone takes his car in for pothole-related damage, the average repair bill is $300. 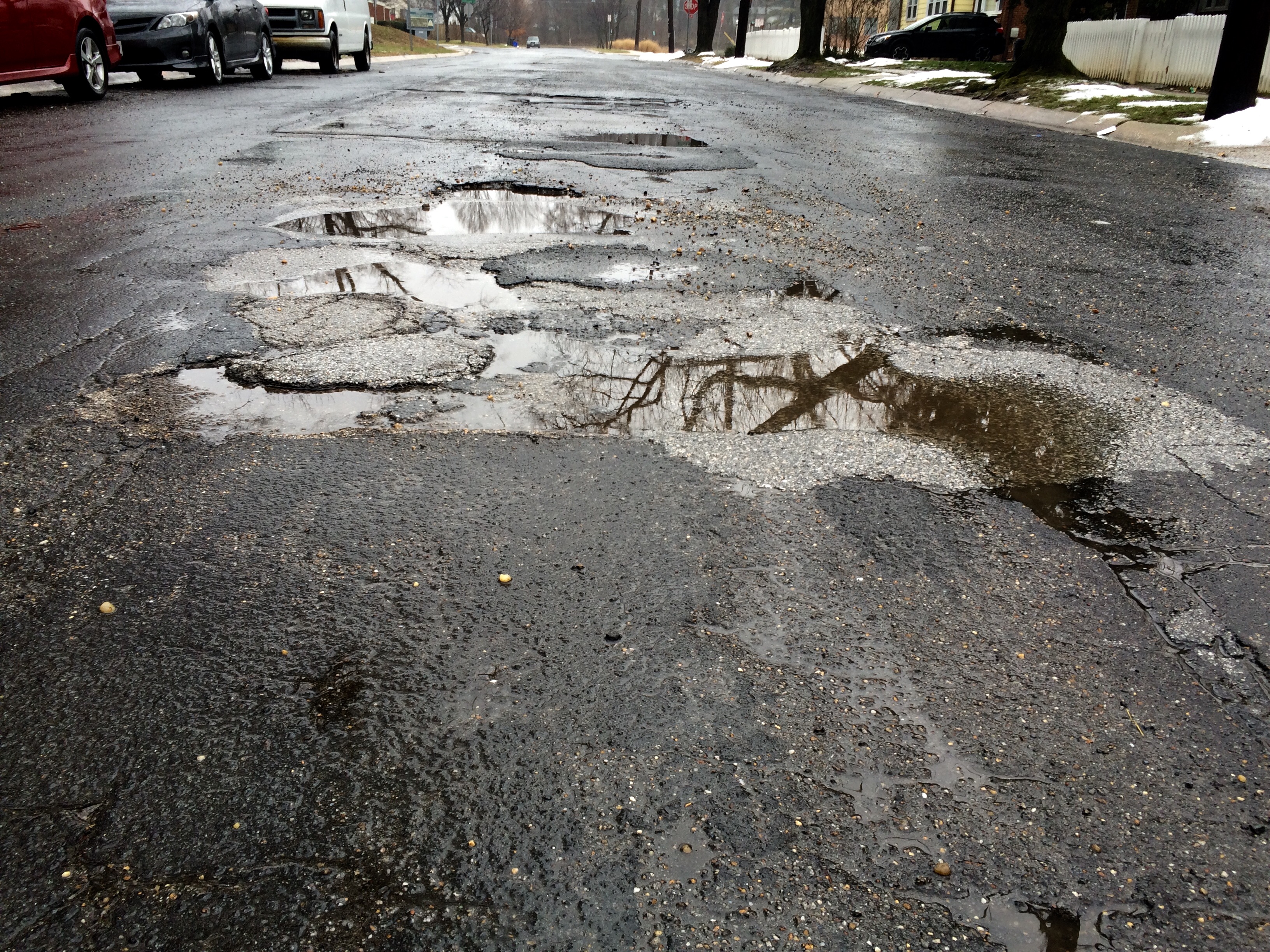