With more people biking, local governments are trying to make it easier

WASHINGTON — Area planners say that cycling as a way to get from point A to point B is becoming so…
Listen now to WTOP News WTOP.com | Alexa | Google Home | WTOP App | 103.5 FM

WASHINGTON — Area planners say that cycling as a way to get from point A to point B is becoming so integral to the way that D.C.-area residents get around, that including bike infrastructure in master plans is part of the long term planning process.

In Montgomery County, the county’s Planning Department is launching a series of public meetings across the county to introduce the Bicycle Master Plan and to get input from residents. The idea is to show residents how existing trails could be linked in the future, to get user’s feedback on what needs to be done, and to talk about increasing parking for bikes.

County planner and project manager David Anspacher says these meetings on planning for bike facilities used to be attended by the few hardy souls who weren’t intimidated by riding in traffic. Anspacher says it’s a very different picture now.

“Today you see everybody: you see people of all ages, men, women, all different user types. People you weren’t seeing riding even five years ago are now starting to show up at these meetings” Anspacher says.

He adds cycling “has become a real part of their lives.”

In D.C., there’s an attempt to get feedback from bike users as well. The D.C. Department of Transportation has branded 30 bikeshare bikes as “Vision Zero Bikes” and is asking bikeshare users to climb aboard, ride through their communities and spotlight the areas and road features that make them feel safe as a bike user.

Kim Lucas, who manages the Capital Bikeshare program and is a bicycle program specialist, says riders can share their stories from any bike, no just the bikeshare bikes. The goal is to underscore the goal of eliminating fatalities on area roads as part of the Vision Zero initiative.

One of Lucas’ favorite road features, and one that she says will perhaps make newbies feel more secure biking in D.C., is the brand new protected cycle track that connects Union Station to the Metropolitan Branch Trail.

“And for folks who are just getting back on bikes and haven’t tried it in a long time, and who may only have used bikes in the past for recreation? I highly recommend trying the trails that we have in D.C.,” Lucas says. From there, it’s not a big leap to try area bike lanes and streets “and go a little bit further.”

Bike advocacy groups, like the Washington Area Bicyclist Association, have long pushed for safer cycling throughout the region, and have lobbied DDOT to improve one glaring problem: illegal U-turns on Pennsylvania Avenue.

Lucas says DDOT has tested a variety of lane dividers, including flexi-posts, that, like their name suggests, are flexible posts in the road, and 6 foot long ‘Park-Its,’ raised rubber barriers that look very much like the dividers used to mark of parking spaces in parking lots.

Local activists have complained DDOT was too slow to improve infrastructure that doesn’t give adequate protection to cyclists. Lucas says bike users can  connect to a crowdsourcing map that allows them to pinpoint a location that they feel needs improvement. 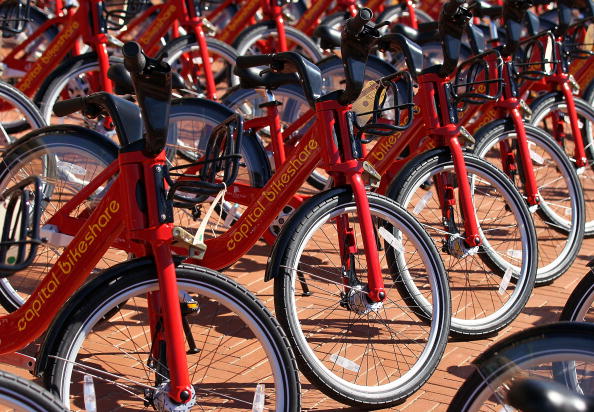 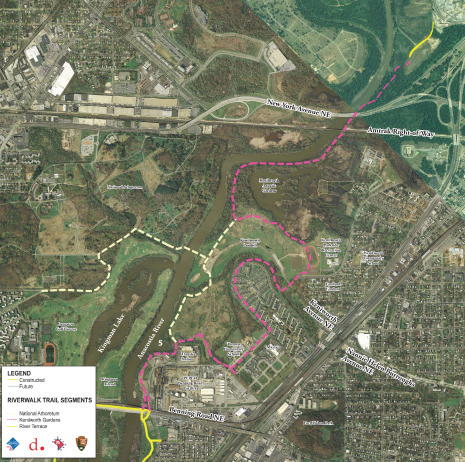 Biking could be affecting your love life