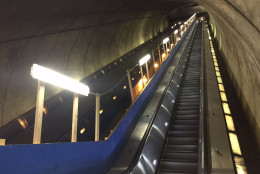 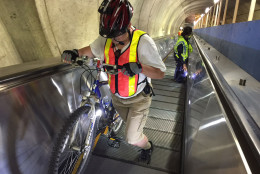 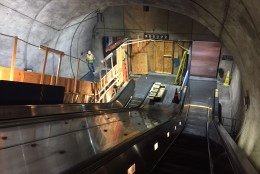 WASHINGTON — A new escalator was set to begin serving Metro riders Monday at the Bethesda Station. It’s the first of three planned for the station.

According to a news release from Metro, the new escalator has a rise of 106 feet, which makes it the second longest in the Western hemisphere — behind only escalator at the Wheaton Station.

“We look forward to the improved reliability that local residents, employees, visitors, tourists and all users of the Bethesda Metro station will experience as they enter and exit the station,” said Jane Fairweather, chair of The Greater Bethesda-Chevy Chase Chamber of Commerce’s Metro Improvement Task Force, in the news release.

Work will now begin on one of the remaining two escalators set to be replaced at the Bethesda Station. The project began in Oct. 2014.