It was a big \"Oops!\" D.C. residents were surprised when they opened up their official voter guides mailed this week and discovered the District\'s flag upside down on the cover.
Listen now to WTOP News WTOP.com | Alexa | Google Home | WTOP App | 103.5 FM

WASHINGTON — It was a big “Oops!” D.C. residents were surprised when they opened up their official voter’s guides mailed this week and discovered the District’s flag upside down on the cover.

On Thursday, D.C. Board of Elections spokesperson Denise Tolliver said the flag was flipped on purpose to engage voters.

But Thursday night, The Washington Post obtained an email from the board’s Executive Director Clifford Tatum who admitted it was a mistake. He writes there wasn’t enough time or paper to redo all the covers.

Apparently, the graphic was created by a design team but Tatum did not approve it before more than 300,000 copies were printed.

Pictures of the guide covers were shared over social media.

DC apparently messes up their own flag in voter guide (via @jinksdc) pic.twitter.com/PNjFBD65IX

The Board of Elections came under fire in April when the primary vote count was delayed, The Washington Post reported. Last month, Tatum said he could not guarantee there won’t be technical glitches at the polls this November. 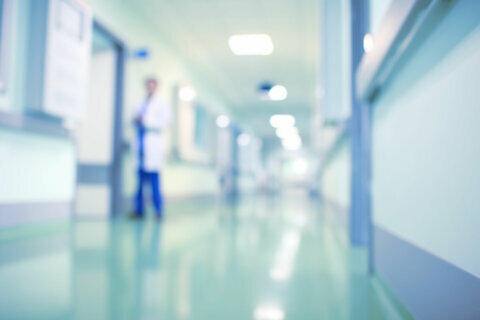 d.c. | d.c. board of elections | jamie forzato | upside down flag