Washington Spirit forward Trinity Rodman continues to collect accolades following the start of her young career as she was named to the 20-women shortlist of the Ballon d’Or Féminin award.

Rodman, 20, is the youngest player on the shortlist and becomes the Spirit’s second all-time nominee for the award. Rose Lavelle came in eighth place in 2019.

Since starting as a professional in 2021, Rodman has become a focal point in Washington’s offense. She scored seven goals and recorded seven assists to be awarded the 2021 National Women’s Soccer League Rookie of the Year award. The California native ended 2021 providing the game-winning assist to lead the Spirit to its first NWSL Championship in franchise history.

She had a positive start to her 2022 campaign as she signed a historic four-year contract extension to become the highest-paid player in league history. This season, Rodman has four goals and one assist for the Spirit.

Rodman has also earned multiple call-ups to the U.S. women’s national team, making seven appearances for the USWNT, including scoring a goal during its successful run in the CONCACAF W Championship.

She joins Alex Morgan and Catarina Macario as the lone U.S. women’s national team representatives on the 2022 shortlist.

There have been three winners since the award’s inception in 2018. Midfielder Megan Rapinoe became the first American to win the Ballon d’Or Féminin in 2019 after her World Cup performance in France that year. 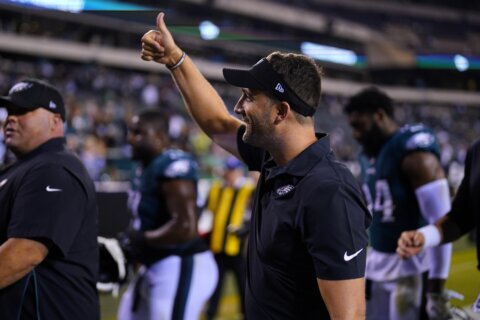