In D.C., Thanksgiving is not only known for turkey, it’s also known for the Turkey Bowl. In its 50th year, Dunbar High School defeated H.D. Woodson 21-12 in what has become an annual tradition that happens before the big meal.

“This is my way to support the public schools in D.C.,” Isom said.

“It’s like a homecoming, you know. You come out here, you get here and you see so many people,” Gray said.

Dunbar led early in the game and stayed in front to win the championship game for the District of Columbia Interscholastic Athletic Association’s Stripes league. This win comes to a school and team that have been through a difficult year, losing one of their own to gun violence.

Ahkii Washington-Scruggs, 17, a lineman for the team was found shot to death, along with his father, Hugh Washington, inside their D.C. home in July. Their deaths remain unsolved.

Since then, the team has turned its grief into determination to go all the way, in honor of their teammate.

Before the game, Washington-Scruggs’ No. 26 jersey was brought onto the field for the coin toss, and then displayed on a team bench throughout the game. 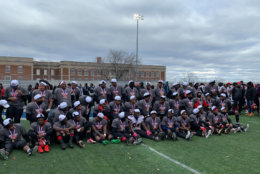 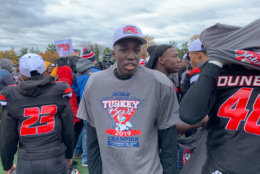 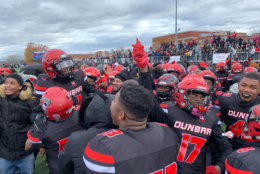 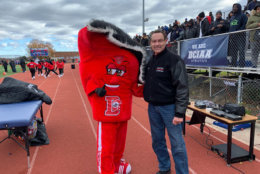 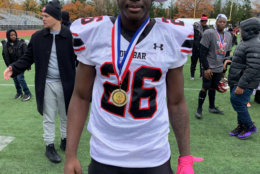 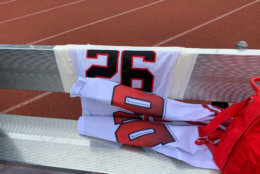 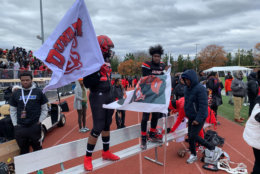 Then, as the team readied to take the field in celebration, 17-year-old running back Jesse Jackson put the jersey on and took to the field.

“I’m feeling great. Long live my boy. We did it for him,” Jackson said.

For special teams coach Eric Cox, the sorrow and shock of Washington-Scruggs’ death remains, but he feels the teen has been with them all the way.

“I know we had more than 11 players on the field today. He was here with us in spirit,” Cox said.

For MVP Maurquez Minor, the game was the result of a team doing what it takes to win.

“Hard work, dedication, believing in yourself, never quit on yourself, beat all your odds,” Minor said.