Maryland voters will face a wide array of choices all the way down the ballot when they go to vote in the July 19 primary. Here's what you need to know.
Listen now to WTOP News WTOP.com | Alexa | Google Home | WTOP App | 103.5 FM

Maryland voters will face a wide array of choices all the way down the ballot when they go to vote in this summer’s primary.

Voters are picking candidates for the top three posts in the state — governor, attorney general and comptroller — who will face off come November.

Most closely watched are the contests for governor, where both Democrats and Republicans are making their picks to succeed outgoing Republican Gov. Larry Hogan who is term-limited.

In addition, all eight U.S. House districts, including an open seat in the 4th District — which includes parts of Prince George’s and a small sliver of Montgomery County — are up for grabs.

Sen. Chris Van Hollen, who’s running for a second Senate term, faces a Democratic challenger; and there are 10 Republicans on the GOP side vying to face him in November.

Plus, there are some crowded county executive and county council races across the D.C. area.

Here’s what you need to know about casting your ballot.

Primary day is Tuesday, July 19. If you want to vote in-person on that day, you can look up your polling place online.

If you still have a mail-in ballot, it must be post-marked by July 19. You can also drop it in a ballot drop box in your county by 8 p.m. on primary day.

If you chose to receive your ballot by email, you will receive an email with a link that will allow you to print and mail your ballot.

If you chose to receive your mail-in ballot by U.S. Mail, follow the instructions with your ballot and return it in the postage-paid return envelope that accompanies your ballot.

When filling out your ballot, here are some pointers, from the State Board of Elections:

Tuesday, July 12 was the last day to request a mail-in ballot.

Maryland started sending mail-in ballot packets to registered voters who have already requested them starting in mid-June. As of July 12, more than  500,000 Maryland voters have requested mail-in ballots.

You can use the voter lookup website to verify if your local board of elections received your request for a ballot.

Ballot drop-boxes: Where are they?

You can also return your completed ballot to the drop box in your county. Across the state, there are 288 boxes. They are now open and will remain open until July 19 at 8 p.m.

You can find the list of ballot drop boxes for your county below:

You can also see a complete list of ballot drop boxes across Maryland on the State Board of Elections website.

Need to register to vote? Or update your registration?

The deadline to register to vote in the 2022 primary or to make any changes to your registration has already passed. It was Tuesday, June 28.

You can check your registration online.

If you move and don’t update your registration, you may still be able to cast a provisional ballot at your new polling place or at an early voting center. Find more information on the State Board of Elections website.

What’s on the ballot?

You can look up your sample ballot based on Maryland’s Voter Lookup tool.

You can also find links to all the ballots for your county below.

Gov. Larry Hogan, the popular two-term Republican governor, is barred by term limits from running again. Nine Democrats and four Republicans are vying for the nomination in a state where registered Democrats far outnumber Republicans.

WTOP interviewed 12 of the 13 candidates for governor about their priorities on education, public safety and crime. (Joe Werner did not respond to a request for an interview)

The Democratic primary to succeed Frosh is a two-person race.

Katie Curran O’Malley, retired in 2021 as a Maryland District Court judge after 20 years on the bench and is a former prosecutor. O’Malley, the wife of former Maryland Gov. Martin O’Malley, is endorsed by former Maryland Sen. Barbara Mikulski and The Washington Post.

A Goucher College poll released about three weeks before the primary, showed a tight race, with Brown and Katie Curran O’Malley essentially tied — 29% to 30% with 35% of likely voters still undecided.

There are two candidates vying for the GOP nomination.

Jim Shalleck, a former prosecutor and former president of the Montgomery County Board of Elections.

Peter Franchot, who’s making a bid for governor, will step down from his post after 15 years, leaving the top financial position in the state open.

On the Democratic side, it’s a two-way race between Del. Brooke Lierman and Bowie Mayor Tim Adams.

Lierman represents the 46th District, which includes Baltimore City. She’s served in the General Assembly since 2015 and is largely considered the favorite of the state’s Democratic establishment.

Adams, who founded a defense contracting firm and was elected mayor in 2019, would be Maryland’s first Black comptroller and the first paraplegic elected to statewide office in Maryland.

A June poll from the Baltimore Sun/University of Baltimore showed Lierman ahead of Adams among likely voters — 28% to 19% — with more than half of respondents still undecided.

On the Republican side, Harford County Executive Barry Glassman is running unopposed.

Sen. Chris Van Hollen is running for his second six-year term in Senate.

He’s facing a challenge for the Democratic nomination from Michelle L. Smith, of Prince George’s County.

In addition, 10 candidates vying for the Republican nomination:

In the 2016 general election, Van Hollen was elected with 60% of the vote. Maryland hasn’t elected a Republican senator since 1980.

All eight U.S. House seats on the ballot. In seven of the eight districts, incumbents are running for reelection. Overall, Democrats hold seven of the state’s eight House seats.

In the 4th District, which includes a large swath of Prince George’s and a small sliver of Montgomery County, the current office-holder Rep. Anthony Brown is giving up his seat to make a bid for Maryland attorney general.

That has drawn a large pool of Democratic candidates and Republicans looking to pick up the seat.

There are three Republican candidates running. On the Democratic side, there are nine candidates vying for the nomination, including Angela Angel, a former state delegate; Rep. Donna Edwards, who previously held the seat for nine years; and Glenn Ivey, the former Prince George’s County state’s attorney.

David Trone, who is running for a third term, faces a field of Democratic challengers.

In addition, six Republican candidates are vying for the nomination.

After a contentious redistricting effort, the borders of the 6th District have shifted, making it potentially more promising ground for Republicans.

Under the current borders, the district includes all of Allegany, Frederick, Garrett and Washington counties, and a portion of Montgomery County.

The 1st District includes all of Maryland’s Eastern Shore and parts of Baltimore County.

Andy Harris, the sole Republican in Maryland’s congressional delegation, is running for this eighth term in the U.S. House.

He is unopposed for the GOP nomination.

There are two Democratic candidates:

District 2 includes parts of Baltimore County and Baltimore City as well as part of Carroll County.

Rep. Dutch Ruppersbeger is running for his 11th term in the House.

The 3rd District includes all of Howard County, a large part of Anne Arundel County and a smaller portion of Carroll County.

Democrat John Sarbanes has held the seat since 2007.

The 5th District includes all of Calvert, Charles and St. Mary’s counties and parts of Anne Arundel and Prince George’s counties.

Democratic House Majority Leader Steny Hoyer, one of the current longest-serving members of Congress, has held the seat since 1981. He is running for reelection.

The 8th District includes most of Montgomery County. Jamie Raskin, who was first elected in 2016, is running for his fourth term. 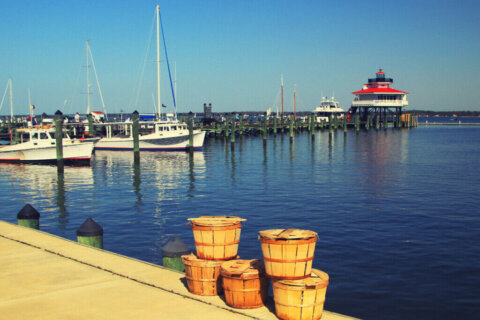 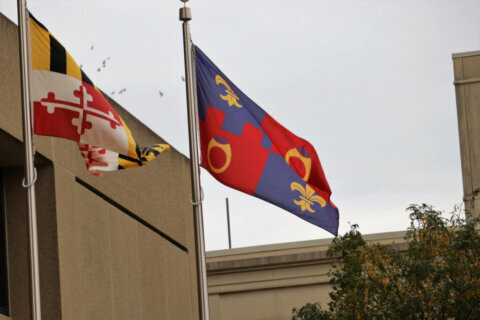 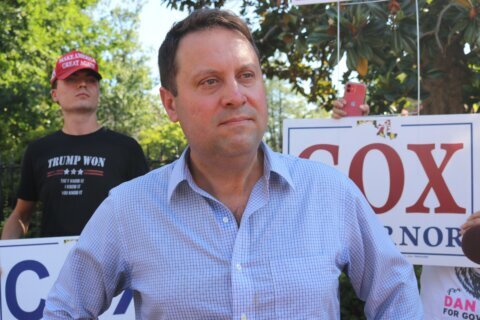