Kim Klacik compares herself to Shirley Chisholm in RNC video

Kimberly Klacik, the GOP nominee for Congress in Maryland’s 7th District who was afforded a two-minute speaking gig on the opening night of the Republican National Convention Monday based on her stark and controversial videos of conditions in Baltimore City, compared herself to African-American icon Shirley Chisholm at the top of her speech.

“My name is Kim Klacik, and I’m running for Congress in Maryland’s 7th District, and like Shirley Chisholm, I’m ‘unbought and unbossed,’” the candidate said, invoking the name and stock phrase of the late New York Democrat, the first Black woman to serve in Congress and run for president.

Klacik, a member of the Baltimore County Republican Central Committee who is challenging U.S. Rep. Kweisi Mfume (D), went on to extol President Trump and said she hopes to bring the same recovery to Baltimore that Trump has delivered for the U.S.

“President Trump is bringing this country back roaring,” Klacik said, adding that she’s eager to “start this great Baltimore comeback.”

Klacik’s videos have not showed Baltimore in a favorable light. One video from last summer prompted a tweetstorm from Trump that characterized Baltimore as a crime-ridden and rat-infested city. He blamed then-U.S. Rep. Elijah E. Cummings (D-Md.).

Another Klacik video, which aired last week and went viral, blamed Democratic leaders for conditions in the city.

“We want safety in our neighborhoods,” Klacik said in her pre-recorded speech that aired Monday night. “We want jobs and innovation, like tapping the potential of the Port of Baltimore to create manufacturing jobs for Americans. We want lower taxes. We want school choice. We want a chance to get ahead, not just get by. That’s what President Trump promised. And that’s what Trump delivered.”

It is unlikely that Klacik’s convention appearance is going to improve her prospects in her race against Mfume — he beat her by a 3-1 margin during the April 28 special election to replace Cummings, who died last fall. But she did tell The Baltimore Sun Monday that her campaign has raised almost $3 million since her latest video went viral a week ago.

And praise started rolling in for Klacik’s speech from national Republican leaders.

“Well done!” she tweeted at Klacik.

Earlier in the day, on Twitter, Donald Trump Jr. called Klacik “my #MAGA Candidate of the Week! Dems have failed this district for decades now. Kim wants to rebuild Baltimore & will fight in Congress to lower crime & help local small businesses.”

Fox News hosts raised Klacik’s speech frequently, likening it to a longer address praising Trump by Vernon Jones, an African-American state senator from Georgia who is a Democrat.

But Donna Brazile, a former Democratic National Committee chairwoman who is now a Fox commentator, expressed skepticism that these few speeches will help Trump and other Republicans attract more Black votes.

“You can preach to the choir, but you can’t reach the congregation until you know the songs,” Brazile said. “And Donald Trump doesn’t know the songs.”

Klacik, however, was basking in the national attention, thanking Trump and Republican National Committee Chairwoman Ronna McDaniel on Twitter for inviting her to speak.

“Thank you @realDonaldTrump & @GOPChairwoman for the opportunity to share my message with the world,” she tweeted. 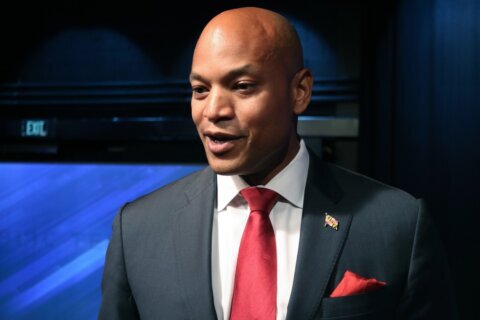 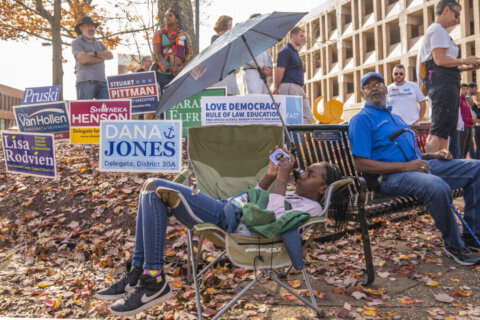 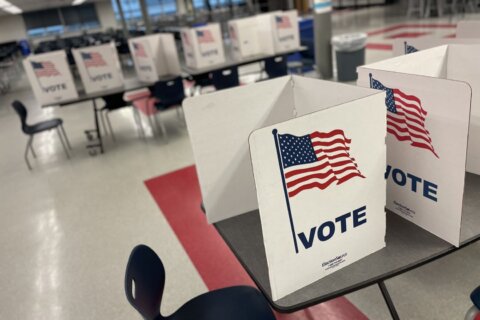