Prince George’s County and Calvert County voters are looking for a future where their children have access to good schools and jobs that pay well. But they may look to different candidates in the governor’s race to shape that future.
Listen now to WTOP News WTOP.com | Alexa | Google Home | WTOP App | 103.5 FM
(1/8) 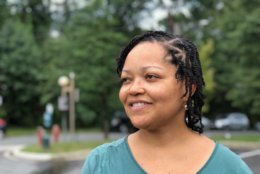 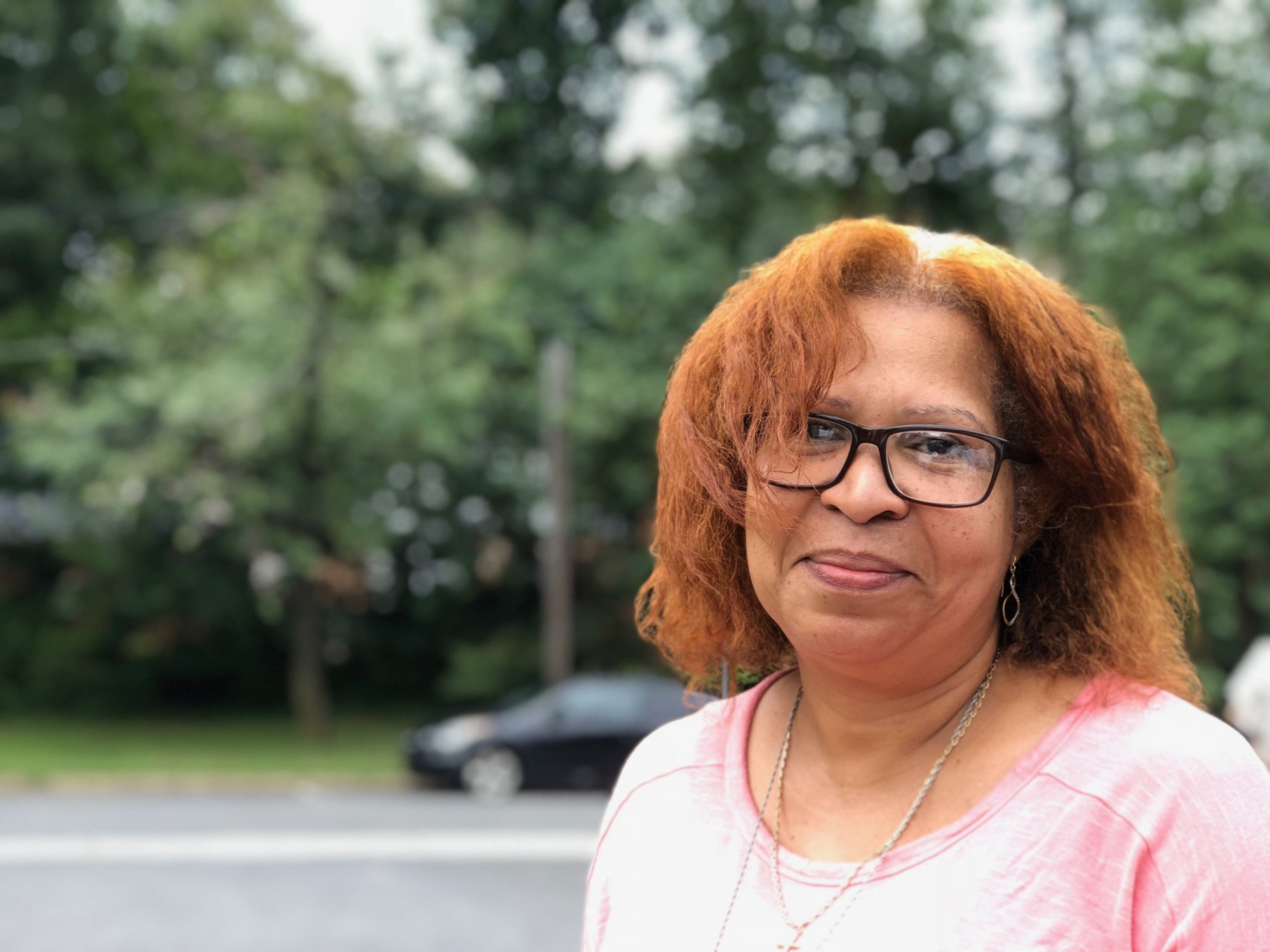 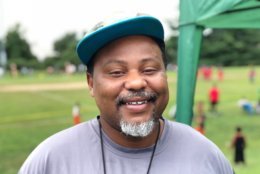 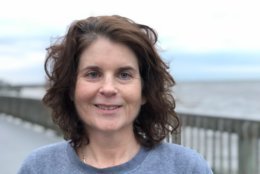 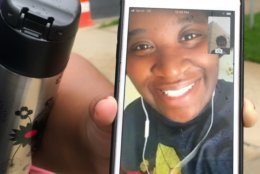 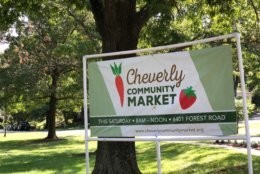 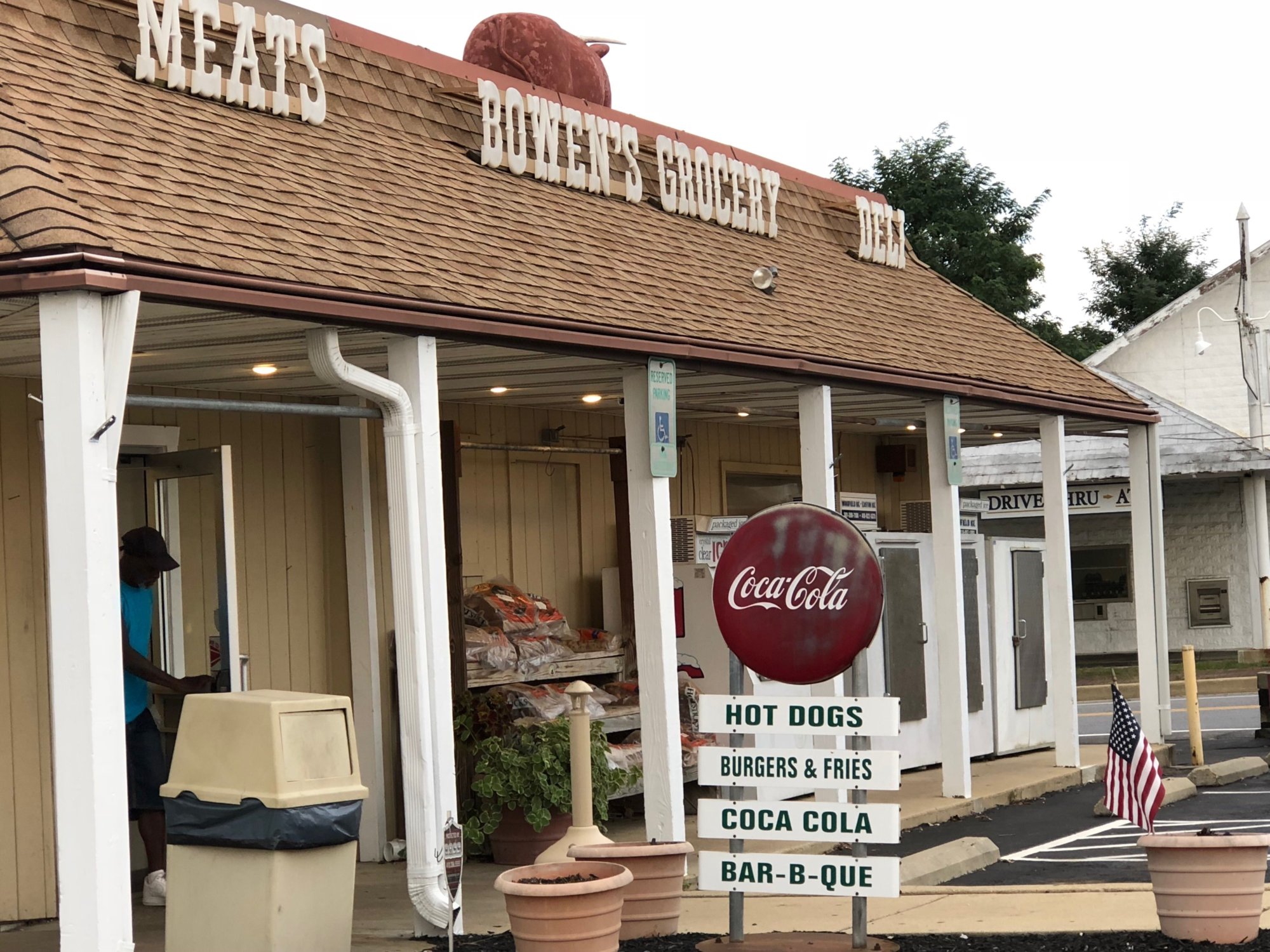 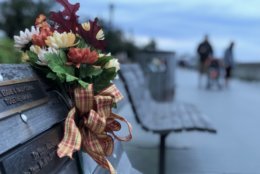 This story is part of the series, “Voter Voices.” WTOP asked voters across Maryland what issues concerned them, and who would be getting their vote in the upcoming election for governor. Previous chapters have included stops in Montgomery County, Frederick County, Baltimore City, and Howard County.
download audio
WTOP's Kate Ryan talks to voters in Prince George's and Calvert counties on the race for Maryland governor

PRINCE GEORGE’S COUNTY, Md. — They may have concerns on similar issues, but residents of Prince George’s and Calvert Counties have different ideas of who should be leading the state.

One county has seen a cascade of scandals in the public school system that led to a state audit. The other continues to see growth that’s prompted concern about transportation.

Voters in both counties are looking for a future where their children have access to good schools and jobs that pay well. But to shape that future, they may look to different candidates in the governor’s race.

Antonio Barr, a Prince George’s County resident who coaches American Youth Football in his community, has been alarmed by class sizes in his children’s school.

Barr said that in Prince George’s County, his children were in classrooms with as many as 38 other students.

“They didn’t even have enough chairs and desks for the kids,” he said.

That prompted the father of three to make some phone calls about class size.

“I called the school; I researched who my school board member was, and nobody seemed to think that’s a big deal,” he said

Barr contrasts the big classes to what he sees in D.C. schools where he works. He says in D.C., the size of classes at the elementary level seem to be held at 25 students.

What really irritates Barr is that he voted in favor of the ballot initiative that paved the way for the arrival of the casino in Prince George’s County. “Because they said the MGM money was going to be funneled to the schools,” he said. But, since the ballot measure passed in 2012, he said of the promised added funding, “I don’t see it.”

Barr typically votes Democratic, but says this year he’s paying close attention to the stances all candidates are taking.

“I’m definitely going to make sure they’re going to have to earn my vote. I’m not just voting Democratic because I’m a Democrat, I’m voting who’s for the kids—for the community. Because at the end of the day, it should truly be about the kids,” and right now he said, “I don’t see that.”

Prince George’s County — by the numbers

“I’m having to bust my butt to support myself”

She just wanted a change, she said. Green said health care is also an issue that concerns her.

Green wasn’t familiar with the candidates for governor, but says when she casts her ballot, she’ll be looking at the candidate who will help students deal with access to financial aid.

“A lot of kids can’t pay for college, and that’s why a lot of high school kids don’t go,” she said.

Green ran into a roadblock in her own education and is taking a semester off because her financial aid ran out, she said. Now she’s working as a restaurant cashier.

“I’m making $12 an hour, and I’m having to bust my butt to support myself,” she said, adding that she looks forward to resuming her studies this spring.

Green said she normally votes Democratic because she comes from a family of Democrats, but this time around, she said the candidate who gets her vote “depends on who relates more to me,” and who can address her issues.

Read all the stories in WTOP’s “Voter Voices” series.

Donna Brown, in Cheverly, said school safety is important to her. She welcomes the new state provisions for school resource officers, while lamenting the need for the action.

“I mean I hate to see it happen because your schools should be safe, but the reality is that your schools do need security” she said.

“If the person is standing for what I believe in, that’s who I’m going to vote for,” she said.

She hasn’t made her selection in the governor’s race, but would like to see a change in one area.

“I think he could open the door for more conversation in terms of having the schools encourage the children to practice their religion” she said.

Fayoa Felix-Gunn said education is also top of mind for her as she considers who should get her vote in the mid-term elections. She’s a registered Democrat but is taking a close look at the candidates for governor this year.

So far, she said, she’s leaning towards Democrat Ben Jealous. She’s originally from Baltimore, and his connection there—his mother is from Baltimore—resonates with her. She also likes his experience as the former President of the NAACP.

Felix-Gunn is concerned about education, and as someone who recently moved to Prince George’s County, she said she’s still studying the issues that led to the ouster of the school system’s CEO and the appointment of an interim CEO.

So while she weighs the campaigns of Jealous and Hogan, she adds “I’m looking forward to seeing what’s going to happen at a local level with the new county executive.” In Prince George’s County, it’s the county executive, not the school board, who selects the school CEO—the position referred to as superintendent in other jurisdictions.

Donna Woodson-Moore, whose son attends Prince George’s County Schools said she’s undecided in the race. Looking at incumbent Hogan and Democrat Jealous, she said, “Both of them have some good points.”

She said Jealous’ lack of experience in elected office gives her pause, though she’s traditionally voted Democratic. Like many other voters interviewed for this series she said, “ The older generation—they vote a certain way because that’s just how it is—I think that’s the wrong thought process to have. You’ve just to to open your eyes and open your ears,” she said.

Linda Bednarski was with her husband, walking their dog along the boardwalk in Calvert County’s Chesapeake Beach. Unlike many voters WTOP spoke with, she won’t need any more time to make up her mind: she’s voting for Hogan.

Her husband is a retired police officer and she’ll be retiring from the military soon, so Hogan’s efforts to grant tax relief to first responders and military retirees resonates with her family.

“Maryland is a very expensive state to live in, especially for retirees” she said.

Bednarski is a registered Republican, “But I don’t feel I toe the party line” she said.

“I vote with my conscience, not with what the party dictates to me. I don’t care whether you’re a Democrat or a Republican” she said.

Calvert County — by the numbers

She did take a look at Democrat Ben Jealous’ platform. “I really can’t see how the plans he has are going to be economically feasible.”

Bednarski says her family has a lot of medical expenses, and said two years ago she wrote to Hogan to voice her concern about the high cost of health care.

She says she heard from his office soon after. “They actually wrote back to me. It was a very nice, thorough letter and they addressed all my concerns, so I was very impressed by that,” she said.

Alex White, of Huntingtown in Calvert County, said traffic is a major issue for him. Speaking outside Bowen’s Grocery—a local landmark that features a statue of a steer on top of the roof — White said any candidate who can make a difference in road conditions will get a look from him.

“Traffic in the morning, and in the afternoon, when they’re working on the road” he said, “It’s really bad.”

White said he doesn’t typically vote and hasn’t given the upcoming election much thought.

The registered Democrat said he chose the party just because his family is mostly Democrats. “I’m not really into political matters like that,” he said.

As the election approaches, he says he’ll take a look at his phone where he often picks up the news of the day, to help him make his decision. In the meantime, he’s hoping for a better commute.

Kevante Anderson, also picking up a few things at Bowen’s Grocery, said he’d like to see improvements on area roadways — especially state roads such as Route 4 and Route 5 where he sees a lot of congestion.

“I don’t know if I’m going to vote” he said of the upcoming election. “I’ve voted ever since I turned 18 and I’m 25 now, but my hopes went all the way down since Donald Trump got elected.” 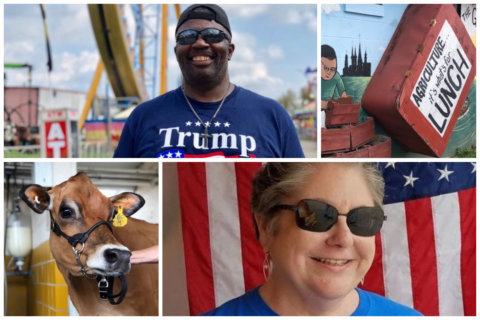 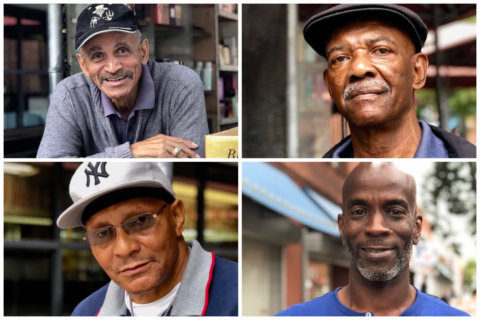