In Frederick Co. exec race, an end to ‘good ol’ boys era’ but what comes next?

In the last two decades, Frederick County has grown more populous, more diverse and more Democratic, setting up a 2018 race for county executive that could be tight between incumbent Democrat Jan Gardner, who became the county’s first county executive four years ago on a slow growth platform, and state Del. Kathryn Afzali, a Republican who has represented more rural parts of the county in the General Assembly for two terms.
Listen now to WTOP News WTOP.com | Alexa | Google Home | WTOP App | 103.5 FM

The changing demographics of Frederick County are at the heart of the race to lead county government there.

In the last two decades, the county has grown more populous, more diverse and more Democratic, setting up a 2018 race for county executive that could be tight between incumbent Democrat Jan Gardner, who became the county’s first county executive four years ago on a slow growth platform, and state Del. Kathryn Afzali, a Republican who has represented more rural parts of the county in the General Assembly for two terms.

Last year, Frederick County posted the fastest rate of growth in the state of Maryland, according to the U.S. Census Bureau. Schools in pockets of the county are overcrowded, and despite county finances that have garnered Triple-A bond ratings during Gardner’s tenure, the funds to build new schools are scarce.

No matter what happens in the race for executive, county government will look much different come December. The three Republican members of the county council ― with whom Gardner and others frequently clashed ― each lost races to remain in public office. Councilman Kirby Delauter, a vocal critic of both Gardner and Afzali, lost his bid for the executive’s seat in the Republican primary. Councilman Billy Shreve (R) lost in a race to represent the county’s District 3 in the Maryland Senate, and Councilman Anthony Chmelik (R) sought reelection, but lost in the party primary; he has since launched a write-in campaign.

“I think the message is that it’s a new era in Frederick County. And I think the good ol’ boys era is retiring,” Afzali said.

Her focus is on creating party unity among the GOP candidates who are on the November ballot, in a county where infighting within the Republican Party has become common in recent years.

Gardner thinks the shift in the county is more dramatic than going from one set of Republicans to another.

“The Democrats have more people out hitting the streets than ever before. And I’ve been running for a while,” Gardner said. “It’s a sign of the enthusiasm.”

Since the primary, Delauter has endorsed the independent campaign of Earl Robbins, a former member of the county school board. It’s unknown what effect Robbins’ campaign could have on the race. As a former Democrat, will he siphon votes from Gardner, or will support from Delauter and his allies lead to lost Republican votes for Afzali?

Robbins has a limited campaign fund to support his insurgent candidacy; as of this week, he had about $14,000 cash on hand.

The race has attracted some outside spending.

The Frederick Republican Victory Slate ― supported by Afzali ally and state Sen. Michael Hough (R-Frederick) ― has financed mailings in the race, including one that sparked debate this week.

A recent mailer charged that Gardner had mismanaged the county’s budget, causing calls to 911 to be missed. The mailer implied that 911 calls weren’t answered when a child was drowning or when someone had a heart attack; in actuality, only one emergency call to the county’s emergency dispatch center timed out in recent years, for a car accident that had been reported by several other callers. Other calls that were not answered were for non-emergencies, the county has said.

Gardner held a news conference this week to respond to the mailing; Afzali declined to comment on the mailer to The Frederick News-Post, but questioned the use of county government resources to support the news conference.

It’s not the only claim that’s generated debate.

Afzali disputed a mailer from Gardner that said she wouldn’t fully fund schools, alleging that she voted against $50,000 in school construction money for Frederick County schools. Afzali responded that she voted against some state budget bills during the administration of former Gov. Martin J. O’Malley (D), but that doesn’t mean she disagreed with every item included in the bills.

In talking to voters, Gardner touts that she’s delivered on her 2014 campaign promises and has ambitions to do more. In her first term, Gardner stopped the privatization of a county-owned senior center, funded pay raises for county employees, expanded county ethics laws and accelerated public school construction.

But Afzali says Gardner also spent too much time focusing on overturning actions by the previous Republican Board of County Commissioners and looking backward. One of the actions by the county council’s Democrats, which was supported by Gardner, was to repeal an English-only ordinance mandating that county business wouldn’t be conducted in another language.

This summer, Afzali posted a poll on her Facebook page asking followers if they would support a return to the English-only mandate. She said the poll was not “looking back,” but “taking the pulse” of public opinion on the issue. It will be up to the next county council whether to prioritize the issue, Afzali said, while also noting that 70 percent of respondents supported the ordinance.

On the campaign trail, Afzali has questioned whether Gardner and other county Democrats are trying to turn Frederick into a “sanctuary” jurisdiction.

“No one’s even talked about it or proposed it. That’s just the normal fear-mongering that goes on,” Gardner responded.

Afzali has promised not to curtail the 287(g) partnership the Frederick County Sheriff’s Office has with the Department of Homeland Security to hold ICE detainees in the county jail.

Afzali has said her focus as county executive would be on promoting business expansion and keeping taxes in check, as well as additional expansion of county ethics laws.

Both candidates say they intend to slow residential development in the county, a popular point among many voters.

Both candidates also said they’ve seen polling that instills confidence about their prospects.

State and national trends could help their campaigns as well.

“The governor’s popular here in Frederick County. I think that helps to have a little wind at our backs,” Afzali said.

Gardner said national enthusiasm among Democrats is being felt in Frederick as well, where the Republican registration advantage was cut by more than half since the last gubernatorial election. In 2018, Republicans will have a 2,343-voter advantage in registration heading into the general election, the result of a Democratic surge.

“I think there’s enthusiasm in the local race itself … And I do think there’s a national sentiment that’s going to influence the race,” Gardner said. “It’s a funny thing to say, but I think you can just sense it, feel it. You just have a good idea of whether you think it’s going well.” 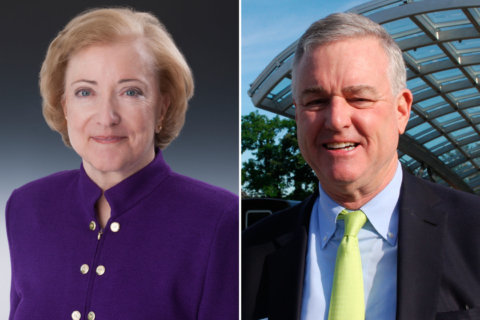 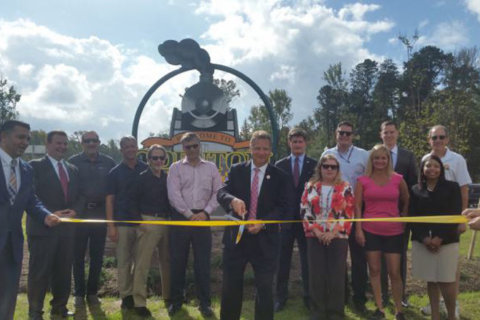 Fundraising totals from 5 key elections for county executive in Md.