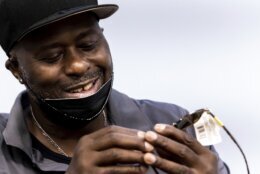 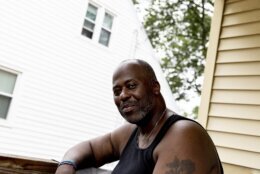 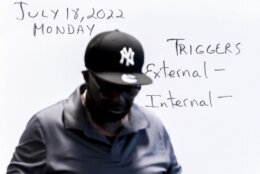 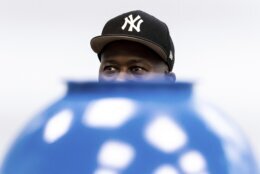 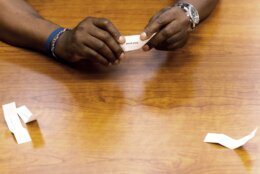 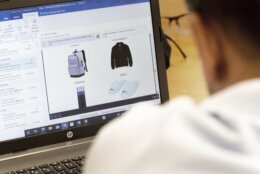 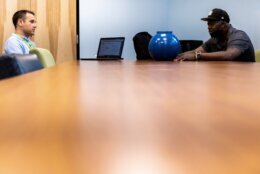 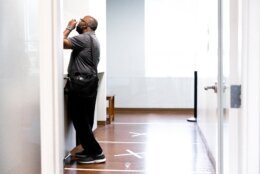 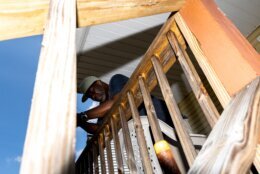 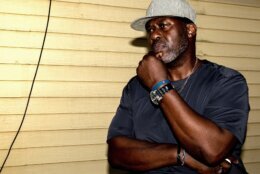 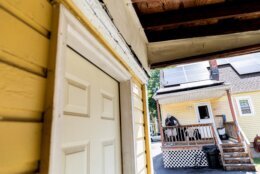 Harold Lewis has been fighting drug addiction for years, but only recently started thinking recovery could be fun.

“Recovery should be fun because you’re getting your life back,” Lewis said.

For an increasing number of Americans, addiction treatment involves not only hard work, but also earning rewards — sometimes totaling $500 — for negative drug tests or showing up for counseling or group meetings.

There’s brain science behind the method, which is known as contingency management. And barriers to wider adoption of reward programs, such as government concerns about fraud, are starting to crumble.

“We’re in a state of desperation where we need to pull out all the stops and this is something that works,” said Dr. James Berry, who directs addiction medicine at West Virginia University.

U.S. overdose deaths climbed to a record high during the pandemic. While opioids are mostly to blame, deaths involving stimulants such as methamphetamines also are climbing. Often, people die with multiple drugs in their system.

Medication can help people quit abusing opioids, but stimulant addiction has no effective medicine. Rewards programs — especially when the dollar value increases with consistent performance — are widely recognized as the most effective treatment for people addicted to stimulants.

Since 2011, the U.S. Department of Veterans Affairs has used the method with 5,700 veterans. Rewards are vouchers the vets redeem at their local canteen. Over the years, 92% of the urine tests done on these veterans have been negative for drugs, said Dominick DePhilippis of the VA’s substance use disorders program.

When done right, reward programs can be a bridge from the difficult days of early recovery to a better life, said Carla Rash, associate professor of medicine at UConn Health, who studies the method. It helps people make better decisions in the moment, tipping the scale when the immediate rewards of using drugs are difficult to resist.

The rewards can “provide a little bit of recognition for people’s efforts,” Rash said.

For Casey Thompson, 41, of Colville, Washington, the first month after quitting meth was the worst. Without stimulants, he felt burned out and exhausted.

“Even standing up, you could fall asleep,” Thompson said.

Earning gift cards for passing drug tests helped, he said. During his 12-week program, he received about $500 in Walmart gift cards he spent on food, shirts, socks and shampoo. He’s a trained welder and is looking for work after a recent layoff.

“I’m a totally different person than I was,” said Thompson. ”I was already planning on being clean, so it was just extra.”

More than 150 studies over 30 years have shown rewards work better than counseling alone for addictions including cocaine, alcohol, tobacco and, when used alongside medications, opioids.

The method is grounded in brain science. Psychologists have known for years that people who prefer small, immediate rewards over larger, delayed ones are vulnerable to addiction. They may vow to quit each morning and start using again by afternoon.

And neuroscientists have learned from imaging studies how addiction takes over the brain’s reward center, hijacking dopamine pathways and robbing people of the ability to enjoy simple pleasures.

“It’s very much using that same dopamine reward system that’s the basis for addictions to promote healthy behavior change,” said psychologist Stephen Higgins of the University of Vermont, who pioneered the method in 1991. His recent research shows it helps pregnant women quit smoking and improves the health of their newborns.

“Biologically, the use of substances lights up the same part of the brain that is lit up when a person wins the lottery, falls in love or experiences something really positive and exciting,” said psychologist Sara Becker of Northwestern University.

The same pathway is lit up if someone wins a reward.

“That’s part of what’s powerful about these programs,” Becker said.

Support has never been stronger. The Biden administration backs the method in its National Drug Control Strategy. This fall, California will launch a pilot program designed to reward $10 gift cards passing drug tests for stimulants. Oregon will use tax revenue from the state’s legal marijuana industry to pay for similar incentives. Montana launched a program in March using a federal grant.

The U.S. Department of Health and Human Services is working to revise its guidance on how much government grant money can be spent on prizes, rewards and cash cards. Researchers say the current $75 limit per patient is arbitrary and ineffective and should be raised to $599.

The method “is a widely studied and proven intervention that has been successful in treating people with a variety of substance use disorders,” said Dr. Yngvild K. Olsen, who directs the U.S. government’s Center for Substance Abuse Treatment.

Reward programs can be low tech — slips of paper drawn from a fish bowl — or high tech — using “smart” debit cards programmed so they cannot be spent at liquor stores or converted to cash at an ATM.

Maureen Walsh is a 54-year-old Philadelphia flower shop owner who stays off opioids with help from a smartphone app called DynamiCare. When she passes a saliva test, she earns cash on a smart card. She uses the money to treat herself to a new pair of shoes or make a donation to a favorite cause.

“The reward to me was knowing that I was clean and the test showed it,” Walsh said.

For Lewis, the Connecticut man in recovery from opioids, a weekly prize drawing became a way for him to bring home gifts for his mother.

On a recent summer day, Lewis had earned the chance to pull 10 slips — 10 chances to win prizes, including a tablet computer. The big prize eluded him, but he won six small prizes and $20 in grocery gift cards.

“Recovery is just not all balled-up fists and clutched teeth, you know what I mean?” Lewis said later. “It can be fun, where you can exhale and you can breathe and get excited — because you don’t know what you’re going to win today.”