HONOLULU (AP) — Megan Kau takes occasional weeklong hunting trips to the Hawaiian island of Lanai, where she enjoys watching the sunrise and hearing the distant rustle of deer and mouflon sheep in the tropical wilderness, a rifle ready at her side.

As a gun owner, she also goes to shooting ranges several times a year. Those outings are the only times the attorney and Oahu native sees others with guns in this tourist mecca where strict laws make it harder to purchase firearms and restrict carrying loaded guns in public.

Some say the change will lead to more gun violence in a state that traditionally sees very little. In 2020, Hawaii had the nation’s lowest rate for gun deaths, according to the U.S. Centers for Disease Control and Prevention.

That passion can boil into physical altercations typically done “up and up” — local lingo for fistfights.

“If you’re born and raised here, you get into a fistfight, you don’t expect there to be a weapon,” Kau said.

Chris Marvin, a Hawaii resident with the gun control group Everytown for Gun Safety, said road rage dustups, clashes over surf spots and other confrontations are a part of life in Hawaii and are rarely fatal. He’s worried that will change.

“When you introduce guns, it’s so often immediately death,” he said. “Guns and aloha don’t mix.”

Under current law, county police chiefs in Hawaii have the discretion to determine whether to issue a carry permit. Without such a permit, people in Hawaii are only allowed to keep firearms in the home and can transport them — unloaded and locked up — to shooting ranges, hunting areas and other limited locations such as for repairs.

The Supreme Court ruling says local governments can’t require those seeking a license to carry a gun in public to demonstrate a particular need, such as a direct threat to their safety. Hawaii and California are among states with such a requirement.

Hawaii police chiefs have issued only four carry permits in the last 22 years, said attorney Alan Beck, who represents George Young, a Big Island man suing to be able to carry a gun for self-defense.

“It’s a huge deal,” Beck said of the ruling. “Not only does it mean Mr. Young’s case will prevail, it also means the door has been opened to challenging numerous aspects of Hawaii firearms law.”

State officials were determining what effect the court’s ruling could have on Hawaii, Gov. David Ige said. However, some believe they know the ultimate outcome.

The high court ruling does allow local governments to impose certain rules limiting who can have permits to carry and where weapons may be banned, such as parks, stadiums and other places where people gather.

There are already gun-handling training requirements for obtaining a firearm, “but carrying something in a public place is a different matter altogether,” Lee said, so he’d like to see mandated training on how to de-escalate conflicts and enhanced training for law enforcement in dealing with situations where people are armed.

He’d also like to see restrictions on bringing guns into public meetings on emotionally charged issues.

Denise Eby Konan, dean of the College of Social Sciences at the University of Hawaii at Manoa and a member of the state’s Gun Violence and Violent Crimes Commission, said guns in public places like beaches and hiking trails could affect Hawaii’s reputation as a safe tourist destination.

“I think many of our visitors are coming from countries where gun laws are quite strict,” she said.

At least one couple visiting Waikiki on Thursday said looser restrictions wouldn’t deter them from returning.

Rebecca Donahue said she and her husband have concealed carry permits where they live in Titusville, Florida. “I think Hawaii is very laid back and relaxed from what we’ve seen,” she said.

The Hawaii Tourism Authority declined to comment on the court’s ruling and any possible impact on tourism, the economic engine that drives the state’s economy.

Kainoa Kaku, president of the Hawaii Rifle Association, said the decision will help ensure law-abiding people can carry guns — “guys like me who put in a lot of time and effort into training and honing my craft so that I can defend myself and my family and even my community at large if it’s required.”

Joseph Robello, who uses a pistol and a rifle to hunt pigs, said he doesn’t expect Hawaii to turn into the Wild West.

“Most people won’t just carry to carry around, to wear it on your hip and walk around in the store to say, ‘I got a gun, and I can use it,’” he said. “That’s dumb. Ridiculous.” 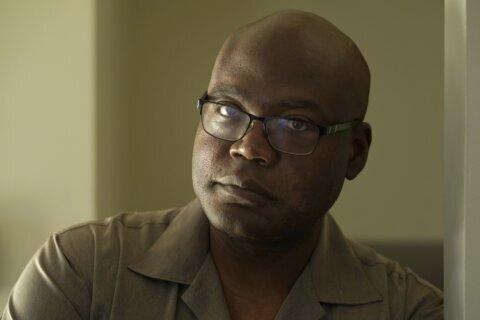 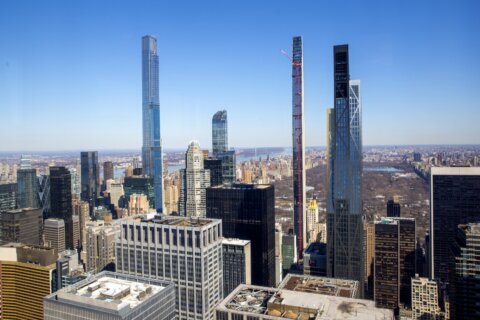