Hip to knit: How social media is expanding the knitting community

If knitting or crocheting makes you think of something your grandmother might do or that musty, patterned blanket draped over the back of her sofa, then it’s time to update that image and maybe pick up those knitting needles yourself.
Listen now to WTOP News WTOP.com | Alexa | Google Home | WTOP App | 103.5 FM

If knitting or crocheting makes you think of something your grandmother might do or that musty, patterned blanket draped over the back of her sofa, then it’s time to update that image and maybe pick up those knitting needles yourself.

Knitting has enjoyed a resurgence in part due to social media, Dominican University professor Susan Strawn told Boston’s WBUR. During an appearance on WBUR’s On Point broadcast, Strawn said that social media made it possible for knitters to be together and yet alone at the same time.

According to a 2013 study of more than 12,000 knitters by The National NeedleArts Association, the average age of a knitter is 52 years old. In addition, the study found that when these knitters are online looking at information about their craft, about half of that time is spent on social media.

“So many times people think, ‘Oh, that’s what grandmas do, or that’s so old-school.’ But it’s really a great way to relieve stress, to express creativity,” said Dana Williams-Johnson, a Howard University professor and the knitter behind the blog Yards of Happiness.

Social media is a way knitters and designers can share their projects and their products.

Gaye Glasspie is famous in the knitting community for knitting all things orange. She has a blog called GGmadeit, and she has more than 23,000 followers on Instagram. Sam Barsky from Maryland knits sweaters of iconic landmarks and takes photos of himself in front of these places; he has more than 37,000 Instagram followers. 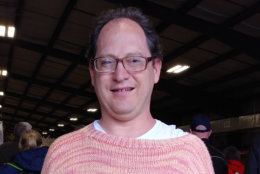 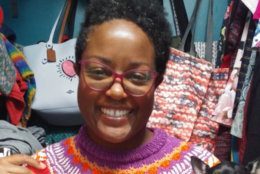 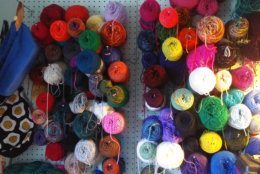 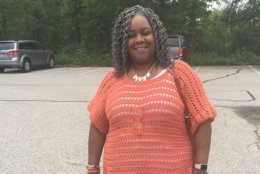 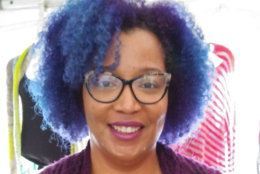 Williams-Johnson likes the solitary nature of knitting, but she wanted to know what other people were knitting, so she turned to social media.

“It’s nice to find people all over the world that do things that you do, share in the joy, the excitement,” she said.

In addition to connecting with other knitters, social media has helped her discover new yarns, dyers, patterns and projects.

There also has been an effort on social media to incorporate the inclusion of different ethnicities. A blog post in January by knitting influencer Karen Templer of The Fringe Association Co. bared the issue of lack of representation within the knitting community.

Following the discussions on diversity, Williams-Johnson noticed an uptick in her own social media followers. She believes that this is because people were seeking knitters of color.

“Most people say they come to me because I’m happy, I use a lot of color, I show my face … A lot of people’s Instagrams, you scroll through and they don’t show their face or they cut their heads off, and you just see the knitting,” said Williams-Johnson, who started her blog in 2015 because she didn’t see many women of color represented in the knitting community.

She said that she shows her face because she’s proud of the work she has done and the community that she has created around her knitting.

“I’m going to show you who I am because I want you to know that I’m a black woman. I’m a woman of color. I knit. I want you to see me,” Williams-Johnson said.

Karida Collins, the owner of Baltimore-based Neighborhood Fiber Co. which started in an apartment in D.C.’s LeDroit Park, said she believes that there’s something magical about a community that is primarily a community of women.

“Even as we explore our differences and things become more polarized, we still have this community of knitters, and that’s valuable,” she said.

How to get started

Why would you knit a hat when you can buy one? Well, as it turns out, knitting is good for you.

Separate studies done by the Craft Yarn Council, the Association for Creative Industries and The National Needlearts Association extol the benefits of knitting, which include feeling a sense of accomplishment, reducing stress and eliciting calmness, among others.

“I use it almost as a form of meditation,” Williams-Johnson said. “It helps you to kind of re-center and focus on what’s right in front of you instead of the thing that might be stressing you out and causing you anguish or making you upset.”

Trisha Bullock, of District Heights, Maryland, said that she relies on her knitting to keep her calm, centered and peaceful.

“Having something to divert your attention like crafting is so important. It’s been a lifeline for me,” said Bullock, who started the podcast Best Day Ever! a year ago to share her love and excitement for crafting.

For those starting out and who may not want to commit to spending money on something they may start but never pick up again, there are places, online and in person, where you can learn and try out the craft.

The new makerspace at Central Library at Arlington County Public Library has a variety of crafts and materials people can use, among them knitting needles.

There’s always a staff member who can help with the equipment, maker librarian Katelyn Attanasio said. In addition, there are knitting and crochet groups that meet at different branches, as well as groups and classes for other crafts.

Online, there are several knitting demonstration videos, from the basic knit and purl to lace-making tips.

Ravelry is one of the most popular online hubs for the knitting and crocheting community. Started in 2007, it has some 8 million members who use the site to post photos of their projects, look for and share patterns, ask for help or get information about yarns.

And for a fee, most yarn shops offer a range of classes. Fibre Space in Old Town Alexandria offers a variety of classes in addition to knitting and crocheting, such as weaving and spinning. At Looped Yarn Works in Dupont Circle, there are classes and a knit doctor, who can help if you’re having trouble with a project you’re working on. And at Yarn Cloud in Historic Occoquan in Virginia, the store’s calendar is filled with knitting activities and meetups.

“If you’re going to take the time to learn (how to knit), and you’re going to make a sweater, then I say make it great,” Williams-Johnson said. “Make it something that nobody else has. Make it you.”

Being able to experiment and figure out how to make something work for any size, shape or body is one of the things that she loves about knitting.

“I’m curvy. I’m short. So I have to figure out if I want to knit a poncho, how do I make a poncho look good on someone with my frame and my height and not look like I’m just drowning in yarn,” Williams-Johnson said. 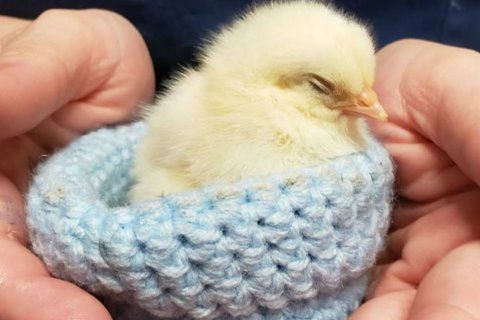 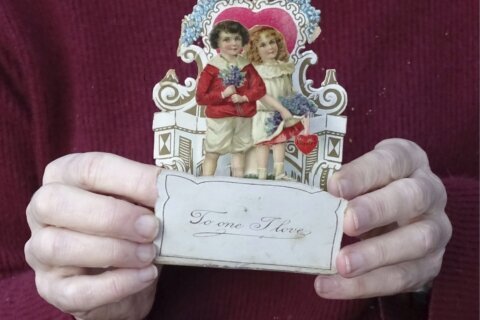 Earnest or playful, that Valentine’s card has a history

Earnest or playful, that Valentine’s card has a history