Six years ago, JJ Boone was hanging out with friends at an ice cream truck in Southeast D.C., when someone stopped by and asked if anyone needed a job.

“We all said yes,” said Boone, who grew up near the Congress Heights Metro station.

He sent in a resume immediately, unsure of where it would lead. He never thought it would land him in a white suit with gloves and a veiled hat.

“I grew up running from bees and now I’m stopping people from running from them,” said Boone, a newly certified beekeeper and farm manager at THEARC Farm. 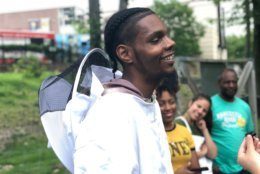 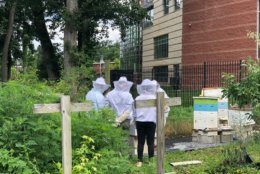 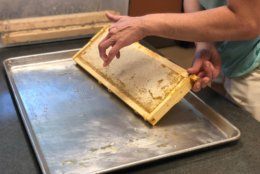 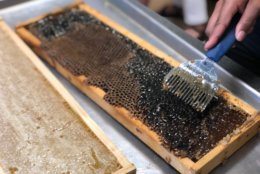 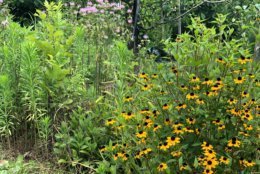 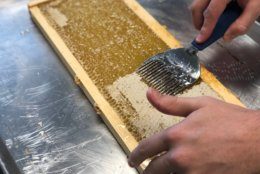 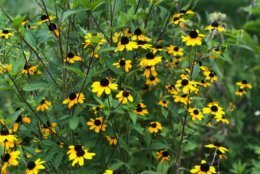 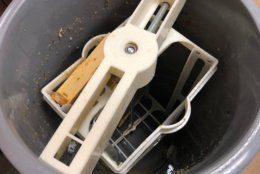 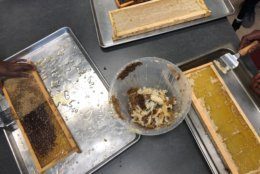 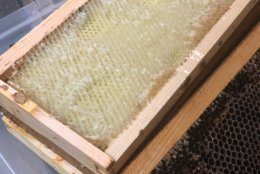 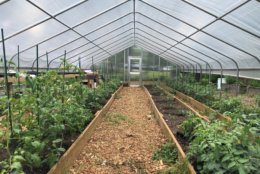 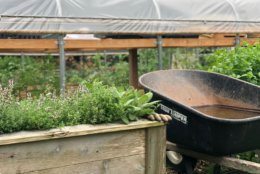 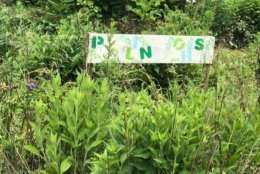 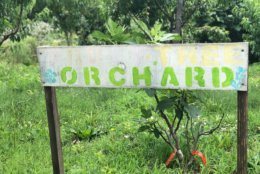 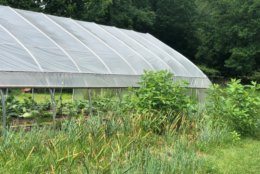 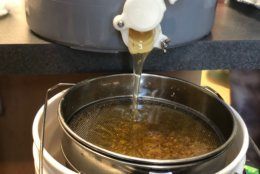 On a small plot of land behind THEARC’s Mississippi Avenue SE arts and education campus, Boone and his colleagues tend to 27 fruit trees, 20-plus raised beds, two hoop houses and four honeybee hives — all of which provide fresh food for the community.

Around the corner is Ward 8’s only full-service grocery store, which serves 85,160 residents.

“What they’re working on is really a model for what could be in D.C., in terms of urban agriculture,” said THEARC’s farm director Dominic Hosack.

“And while these farms can never feed every single person that lives in Ward 8, we want to serve as a model for folks growing their own food, becoming food entrepreneurs and kind of taking control of their food and the ways that they eat.”

The produce grown on the 10-year-old farm — which includes tomatoes, peppers, sweet potatoes and eggplant — gets shared with about 60 local families who participate in a community supported agriculture program, or CSA. And every few weeks during the summer months, jars of honey, collected from the farm’s hives, are included in the shares. Others are sold at area farmers markets.

Sarah Dachos is a D.C.-based beekeeper who partners with THEARC Farm to help educate and mentor interested members of the community. On June 21, she led a free honey harvest workshop at the farm and walked participants through the steps it takes to get the honey from the hive to the jar.

She said beekeeping, alone, doesn’t provide enough of an income to live on — especially in D.C. Bees do, however, help ensure farmers yield a profitable crop.

“Urban agriculture, in general, is such a great way to bring around community cohesion, to teach people how to advocate for good food policy and how to provide healthy food into areas of our city that might not have access that other areas do,” Dachos said.

“And beekeeping in an integral part of that,” she added.

THEARC and its parent organization, Building Bridges Across the River, recently brought six other urban farms and gardens to schools, places of worship and housing communities throughout Ward 8. These plots not only serve as places for the community to grow and access fresh and healthy food, but also as classrooms for the organization’s free workshops, which range from cooking to composting and gardening maintenance.

He likes to watch their expressions change from doubt to shock when he tells them, “Mississippi Avenue. And I manage it.” 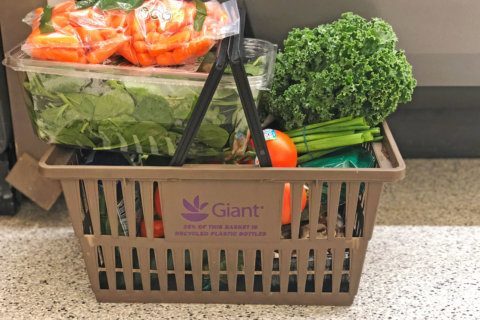 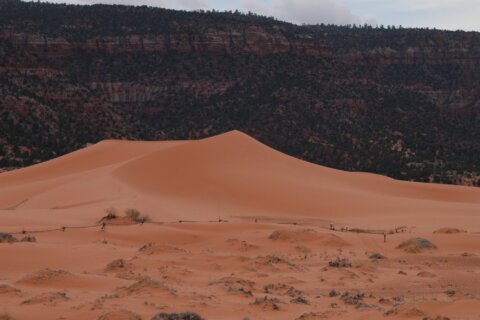