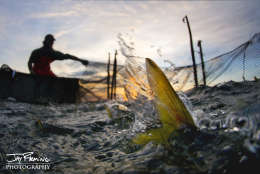 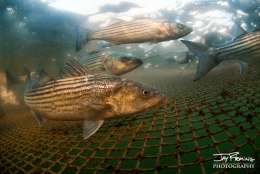 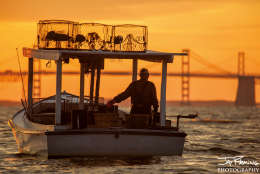 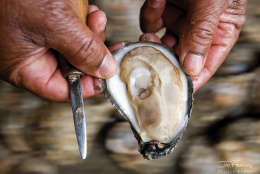 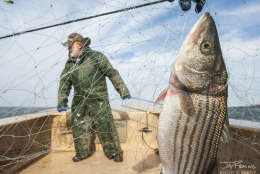 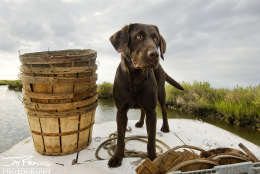 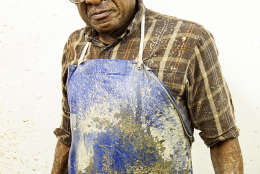 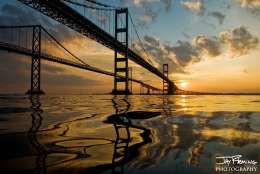 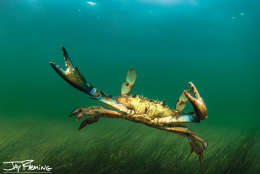 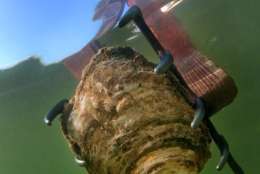 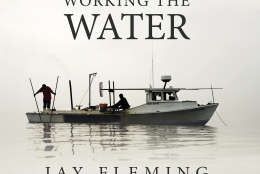 WASHINGTON — For many, the Chesapeake Bay is a relaxing retreat, providing sun, seafood and scenic views. But Jay Fleming sees it through a different lens.

For three years, the Annapolis native braved early mornings, rough wintry waters and sizzling summer afternoons to photograph those whose livelihoods depend on the Bay: fishermen.

Fleming’s inspiration for the project stemmed from old books, such as the Pulitzer Prize-winning “Beautiful Swimmers” and photographs by A. Aubrey Bodine. Ninety-five-year-old skipjack captain Art Daniels was more than happy to help Fleming peel back the curtain and capture an industry that’s invisible to most.

“Art worked on the water for over 70 years, up until he was 93 … but Art’s work ethic and watching him and talking to him about the Chesapeake Bay of the past really inspired me to dig deeper into what’s currently going on in the Chesapeake Bay.”

What Fleming found wasn’t all doom and gloom.

“It’s still very robust and abundant,” Fleming said. “It has a lot of problems, but there still is a glimmering light at the end of the tunnel for the Chesapeake Bay.”

One of the biggest issues facing the Chesapeake is water quality, and the health of the water is directly affected by events that take place on land.

“Every time it rains in the Chesapeake Bay watershed,  which is 64,000 square miles, that rain has to go somewhere. And when that rain runs off the land, it carries with it sediment and other types of pollutants that affect the water quality, and that all has an impact on the viability of these commercial fisheries,” Fleming said.

Over the course of the three-year project, Fleming found that having no control over the health of the water, and thus the population of healthy fish, is a challenge for fishermen.

“The population of crabs, fish and oysters, inevitably, it’s out of control how abundant they are because they don’t have the ability to control water quality, etc. The fluctuations in population of the different species that they’re targeting directly affects their income,” he said.

“That said, they have to be smart businessmen, as well, in order to survive through times that might be a little tighter.”

Another hardship fishermen face is not having a controlled work environment.

“They have to be out on the water in any types of conditions. They really don’t have the option of not going out unless it’s just absolutely terrible and unsafe,” Fleming said.

Fleming tells the story of these fishermen in his new book, “Working the Water.” Photographs in the book document everything from watermen diving for oysters to workers processing and packing crab. The goal of the book, Fleming said, is to portray the people and the businesses who depend on the water.

Fleming also hopes the stories and the photos in “Working the Water” generate a little more appreciation the next time crabcakes are served for dinner.

“I’ve seen firsthand what it takes to get these products to the table, and in a lot of cases it’s not easy. There’s a lot that goes into it.”

The second printing of “Working the Water” is due out in February. The book is available on Jay Fleming’s website.