If you work from home, there's no need to hunker down in a coffee shop the next time you want to get out of the house and tackle your to-do list. An unexpected space could be your new office.
Listen now to WTOP News WTOP.com | Alexa | Google Home | WTOP App | 103.5 FM
(1/5) 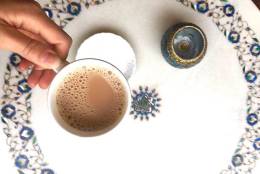 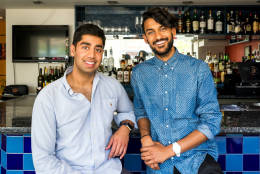 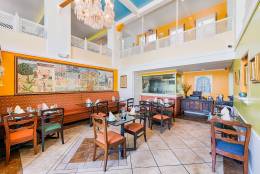 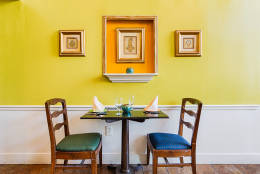 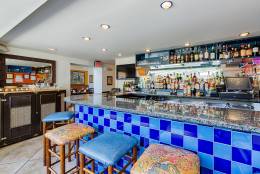 WASHINGTON — If you work from home, there’s no need to hunker down in a coffee shop the next time you want to get out of the house and tackle your to-do list. An unexpected business is opening its doors during the day to provide a workspace for D.C.’s growing telecommuting population.

Sahil Rahman and Rahul Vinod are the sons of the two co-owners of Indique, an Indian restaurant in Cleveland Park. After returning to D.C. from New York to start their own business (a fast-casual Indian concept called Rasa, which is expected to open in the District next summer), they ran into an issue many face: finding a place to get work done.

They bounced around the city’s coffee shops, but that started to take a toll on their wallets.

“You keep feeling the guilt-induced purchases — the eye from the baristas of, ‘You’ve been here for an hour and a half. It’s time to buy something new,’” Rahman explained.

They considered buying into a co-working space, such as WeWork, but that also came with a hefty price tag.

“Being that we’re a startup, we’re on a tight budget and $300 or $400 a month for a desk just really wasn’t in our realm of possibility,” Rahman said.

Out of convenience, they started working out of their families’ restaurant on Connecticut Avenue, which is only open for dinner, and thus closed during the day, Monday through Thursday.

“We had fantastic lighting, we had strong Wi-Fi, ample power outlets … and after a few months we realized, you know, maybe other people would want to do this as well,” Rahman said.

In September, Rahman and Vinod launched Chai + Wifi, a co-working space out of Indique. For $35 a month, members can use the restaurant as an office for four days a week from 10 a.m. to 4 p.m. And there’s no pressure to buy refreshments throughout the day: All the coffee and tea you can drink is free.

“For months we’ve been wondering, ‘What is it we can do with the space to activate it to utilize this beautiful restaurant?’ And we’re really excited that we found a fun outlet for it,” Rahman said.

Members can work out of the restaurant’s downstairs dining room or on the expansive second floor. Free one-day passes are available to those who want to test it out; there is also a one-week trial pass for $15.

In addition to finding a daytime purpose for Indique, the two business partners say Chai + Wifi fills a need in the Cleveland Park community, where there aren’t many coffee shops or cafes from where people can work, read a book and collaborate with others in similar fields.

“I think in this age where everyone’s so caught up in their cellphones and they’re so busy, particularly in a town like D.C., it’s really nice to be able to take a step back and just say hello to your neighbor and connect,” Rahman said. 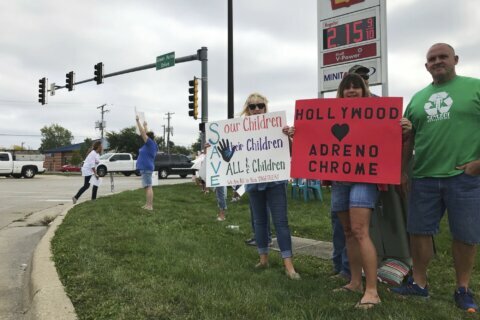 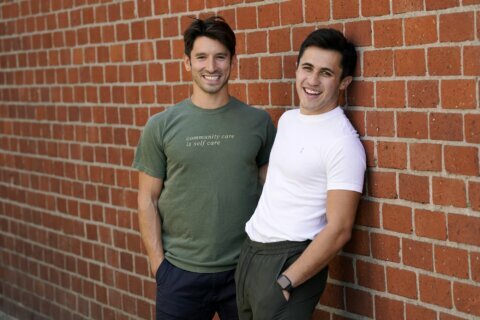 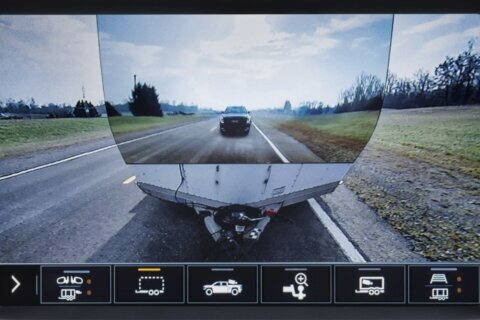