Pet insurance an exercise in love and responsibility

Insurance often comes down to legal requirements and financial hits. We have to insure our cars and we insure our health because, without it, bankruptcy could be reality when faced with a major illness. But what about that furry face that greets your every morning and curls up with you at night?
Listen now to WTOP News WTOP.com | Alexa | Google Home | WTOP App | 103.5 FM

WASHINGTON — My 20s got off to a rocky start: Robberies, a fire, breakups and the death of a cat named Jasper shaded a complicated year.

To cope with a reality that changed too quickly, I volunteered at a local animal shelter. Naturally, I met a tabby kitten and fell in love. He came home with me the next day.

Named for the folk singer Arlo Guthrie, the quirky kitten grew into an even quirkier cat. He came when he was called (until he went deaf), hated kisses and loved the hair dryer. A patient traveler, he flew in planes from Nebraska to D.C. and back without a peep and sat comfortably in my passenger seat during moves across the country.

This doesn’t seem like a story about pet insurance, does it? Well, it is. But it’s also about love and financial responsibility.

Take it from a vet

Insurance often comes down to legal requirements and financial hits. We have to insure our cars and we insure our health because, without it, a major illness can lead to bankruptcy. But what about that furry face that greets your every morning and curls up with you at night?

“This is something that, in the U.S., is so slowly growing and it really has not been widely utilized,” says veterinarian Dr. Katy Nelson, host of “The Pet Show with Dr. Katy.”

While 50 to 60 percent of pets in some countries are insured, Nelson says only 2 to 3 percent are covered in the U.S. — surprising for a country that spent nearly $56 billion on pets in 2013. Nelson suggests the hesitation has something to do with fears that pet insurance will be as complicated as human insurance.

“We know that dealing with our own insurance is terrible,” says Nelson, who’s been a veterinarian for 13 years. “I’ve really not found pet insurance to be nearly as big of a hassle as dealing with human insurance companies.”

Around two years ago, I signed Arlo up for his first insurance policy with PetPlan, for about $20 a month. At such a low cost and at a 100 percent reimbursement level up to $22,000, I went for it. The rules were pretty simple: As long as I kept his yearly wellness appointments, I’d be covered.

But it still seemed excessive to me: I’m insuring my cat? Not only did it seem too cheap to be true, I thought, perhaps, I was turning into a crazy cat lady.

But that’s because I never thought he’d get sick.

Nelson, who was an emergency veterinarian for more than eight years, finds the biggest benefits of pet insurance come during emergencies. In such cases, costs can be 15 percent to 30 percent higher, especially if it’s after hours or on weekends.

“The people who had pet insurance were more likely or more able … to afford the emergency care that was required, whether it was life-saving or life-extending.”

From seizures to a pet swallowing something they shouldn’t have, Nelson says emergency pet care can range into the thousands, a bill most aren’t prepared to foot.

Early this year, Arlo’s eating became finicky, but he seemed otherwise fine. Like usual, he sprawled out across my keyboard when I typed and followed me to the bathroom. He purred; he cuddled; he seemed fine. But since he was due for a checkup, we paid the vet a visit.

“I’ll be honest. I’m very concerned,” said the veterinarian after a brief exam.

Her matter-of-fact statement blindsided me.

“He’s severely dehydrated. Even though you said he’s been drinking water, he’s dehydrated.”

“Oh …” was all I could utter. Guilt, confusion and denial fought for my attention as I searched her face for something more positive.

Within five minutes, my sweet boy was whisked off to the emergency part of Friendship Hospital for Animals. I shook as a vet tech showed me estimates for the emergency treatment of what was likely kidney failure. My sweet little guy was dying. And trying to save him — even trying to make him feel better — wouldn’t be cheap.

But I could give it my all because Arlo was insured.

During the next four days, I spent a lot of time at the hospital. As I waited in the lobby to see Arlo or speak with a doctor, I was shocked by the number of emergencies.

One dog ate a pound of chocolate. Another ate Pepto Bismol. A cat was brought in crying and throwing up. Another dog’s stitches came out — stitches sealing the wound from where his leg used to be before he was hit by a car.

Past the lobby, Arlo was one of many. Cages surrounding him housed other cats and dogs, most with tubes coming out of them or fresh sutures from surgery.

Two things were obvious: These pets were loved as if they were people. And each had a financial impact on its owner.

As with any insurance, the price and coverage are determined on a case-by-case basis. The pet’s age and breed, along with the type of coverage you want and can afford, are all factored in. But, Nelson says, coverage is getting better and insurance companies are becoming more inclusive.

“If you had, say, an English Bulldog, then the pet insurance in the past wouldn’t cover anything to do with the fact that your dog has a smooshed face. You know, if you needed nasal surgery, nose surgery, or something along those lines, pet insurance would not cover that. But now you can actually find plans that will cover that,” says Nelson.

And pet insurance isn’t just for emergencies anymore. Preventative care can cut costs through the year and help catch medical issues before they become serious.

“It really does give you the opportunity to give the best care. A lot of the plans will cover yearly blood work or dentistry for your pets. Sometimes dentistry things can be anywhere from less expensive at $250, all the way to $750 or $800, depending if your dog needs teeth pulled, X-rays, or anything along the lines of that,” says Nelson.

Because premiums depend on the plan, type of pet, age, breed and a number of other factors, Nelson says it’s important to ask questions. While Internet searches might be offer initial information, she says it’s a good idea to pick up the phone. A customer service representative provides the best chance of getting the best plan for your family.

“All of these companies are going to have different types of plans and they are all going to be just slightly different. So find the one that matches your budget, matches your pet’s breed, age and lifestyle,” says Nelson. “It’s not necessarily just dependent on just the company, but on the plan itself.”

Four days after I brought Arlo to the veterinarian, it was time to bring him home.

His kidneys were indeed failing him. Armed with syringes, five different medications and trained to do subcutaneous fluids, I was prepared to do what I could to keep Arlo alive and well.

But 12 hours later, we were back at the vet. Keeping him alive for another two months, at most, wasn’t how he wanted to go. I’d have to hold him down several times a day to poke his skin and force medications down his throat. Without even the strength to jump onto my lap, there was no earthly reprieve for Arlo.

I’d loved this little creature, fed him the expensive food, moved him to different time zones and even insured him — I wouldn’t deny him peace. It’s the single most dreaded moment in pet ownership.

In that most difficult decision, their pain becomes ours. It’s the final, sweetest thing we do for our pets. The price we pay for simple and unconditional love.

The when and who

It’s almost always a wise decision to insure a pet, says Nelson, but there are times it might not be worth it.

“If you’ve got a dog that’s 14 years old and he’s already been diagnosed with kidney disease, that’s a situation where it’s really not going to make a lot of sense,” says Nelson. “But if you’ve got a healthy pet, no matter the age, or if you have a young pet, especially a puppy or kitten, do it when you get your puppy or kitten. That’s the smartest time to do it.”

If you’re unsure of a company or want to check their credentials, Nelson advises looking them up with the Better Business Bureau.

ConsumersAdvocate.org and PetInsuranceReview.com say the following companies have the best customer reviews:

What it all comes down to

A couple weeks after I filed Arlo’s claim, PetPlan followed up once to request some more information from a previous vet. A few days later I received a check in the mail for $2,519.98. After my $200 deductible, it was a 100 percent reimbursement of his emergency treatment.

While losing my feline companion broke my heart, I could grieve with the confidence that his veterinarians and I did everything we could. I didn’t go into debt; my savings weren’t wiped clean. By keeping Arlo insured and making sure he got regular checkups, I was able to make difficult decisions because it was time — not because I couldn’t afford it.

We’re a country of animal lovers.

We train them to save lives and dress them up for Halloween. Our Facebook feeds are filled with their pictures and we grieve them when they’re gone — much like their human counterparts.

“It allows pet owners to make those decisions based on what’s best for their pet rather than financial,” says Nelson. “And as we know, that’s really the way that we all want to make decisions when it comes to the health and happiness of our pets.” 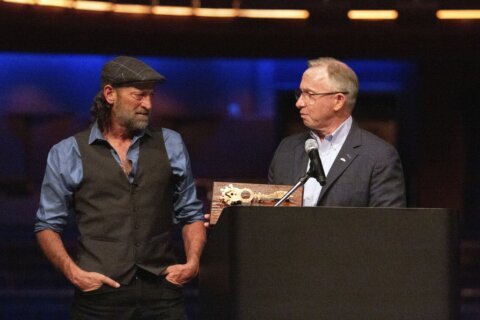