SACRAMENTO, Calif. (AP) — California is giving away more goodies to people who get coronavirus vaccinations and plans to make it easier to show who has been inoculated as health officials and businesses encourage people to get their shots so they can fully partake in the state’s newly reopened economy.

A day after giving away $1.5 million each to 10 vaccinated jackpot winners, Gov. Gavin Newsom on Wednesday announced a new incentive: Six Flags locations are giving free tickets to 50,000 Californians 12 and up who get at least their first vaccine dose at certain clinic locations. The tickets provided by Six Flags Entertainment Corp. are worth $4.5 million.

The new giveaway comes after the state promised to pay 2 million people $50 each in the form of gift cards to get shots and awarded $50,000 each to 30 vaccinated people drawn at random. The incentives doled out in the weeks leading up to Tuesday’s full reopening of the economy totaled $116.5 million.

Critics of the Democratic governor, including his Republican opponents in an upcoming recall election, have panned the state-funded promotions and Newsom’s overall handling of the pandemic. They say he was too quick to impose restrictions on personal freedoms and business activities and too slow to loosen them.

During an event at Six Flags Magic Mountain just outside Los Angeles, Newsom defended the promotions, saying they have increased vaccinations at a time when more was needed to get people to overcome reservations or inertia. He also acknowledged that he has been having fun acting as a gameshow host at the lottery-style drawings, even as he insisted he is also focused on negotiating a state budget and preparing for a drought-driven wildfire season.

Newsom said he hoped to personally call one of the $1.5 million winners Wednesday if officials could find a way around various privacy rules.

It’s also been rewarding to learn how some will spend the money, he said, recalling how a 17-year-old winner from a struggling immigrant family can now use the money for college. He then joined others in riding a roller coaster at the theme park.

A list of the participating vaccination sites is available at Covid19.ca.gov/Vax-For-The-Win. The tickets are good through Sept. 6 at Six Flags Magic Mountain in Valencia, Six Flags Discovery Kingdom in Vallejo, Hurricane Harbor Concord and Hurricane Harbor Los Angeles.

Newsom earlier said the state this week will also unveil a way for people to show that they have been vaccinated without having to carry their paper vaccination card.

“It’s not a passport, it’s not a requirement,” Newsom said Monday. “It’s just the ability now to have an electronic version of that paper version.”

Both Hawaii and New York have variations on a state-sponsored program.

Newsom’s office did not provide more details. California Retailers Association President and CEO Rachel Michelin said the governor’s staff told her organization that “they’re working on something, but it’s not ready to be released.”

State worksite regulators are poised to approve new rules Thursday that, among other things, no longer require fully vaccinated employees to wear masks in most circumstances.

Employers would be required to document that workers who don’t wear masks indoors are indeed fully vaccinated, under the pending California Occupational Safety and Health Standards Board rules.

But employers would have a choice: requiring workers to show proof of vaccination, or allowing employees to self-attest to their vaccination status, with the employer keeping a record of who self-attests.

It’s difficult to say if the state’s electronic version would be helpful to employers trying to verify the vaccine status of customers and workers, said both Michelin and Robert Moutrie, a policy advocate at the California Chamber of Commerce.

“The issue of how to verify and keep a record of a person’s vaccination status, while respecting their privacy and complying with applicable laws, is certainly a difficult area that many employers are struggling to get sorted out as we re-open and Cal/OSHA’s new regulation relies on vaccination records,” Moutrie said.

Even if the state’s electronic version is voluntary, people may be reluctant to download another app or have privacy issues with showing the card, Michelin said. That extends to whether it would be helpful under the state’s pending workplace rules.

Worksite regulators, she said, need to “clearly specify what an employer has to do in terms of keeping on file documentation for vaccine verification.”

Many businesses seem inclined to allow employees to self-attest that they have been vaccinated, she said, if only so they can avoid creating a medical record by keeping copies of vaccination cards. And there can be penalties for lying — employees could potentially be fired for dishonesty, Michelin said. 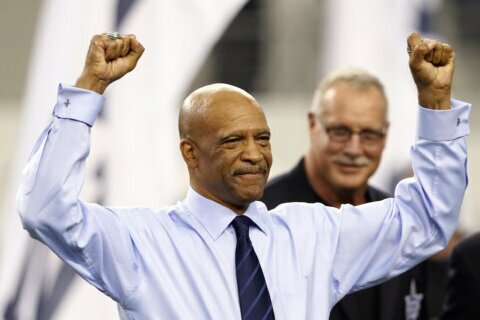