Parasols, picnics and pedaling: A dandy weekend for the Seersucker Social

If you’re headed out for a bike ride this weekend, it’s best to leave the Lycra and spandex at home and opt for something a little more stylish.
Listen now to WTOP News WTOP.com | Alexa | Google Home | WTOP App | 103.5 FM
(1/5) 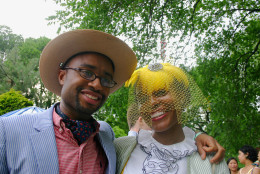 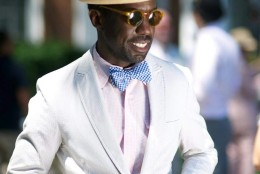 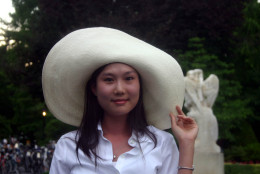 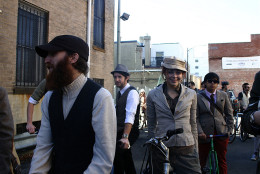 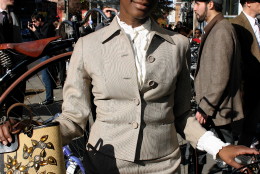 WASHINGTON — If you’re headed out for a bike ride this weekend, it’s best to leave the Lycra and spandex at home. Instead, opt for something a bit more stylish — like a vintage seersucker suit, leather lace-up shoes and a flat cap.

While you’re at it, swap out your SoulCycle playlist for a 1930s jazz-inspired lineup. Then hop on your bike and take a ride back in time with nearly 1,000 Washingtonians at this year’s Seersucker Social.

The vintage event of the summer will take place on Saturday, June 13 from noon to 11:30 p.m. In the afternoon, there will be parasols, picnics and pedalling along the Potomac. Come evening, D.C.’s dandiest will kick back for a night of live music and dancing.

Eric Channing Brewer, founder of the D.C. social group Dandies & Quaintrelles, has been organizing the event since 2010, on the heels of a successful autumn Tweed Ride. The point of the rides, he says, is to bring together those interested in vintage style and bike riding.

And it’s a niche that’s larger than one might think. More than 500 people showed up to the first Tweed Ride (Channing Brewer expected closer to 75), and the first Seersucker Social attracted closer to 1,000.

“At this time and in this area, it really is kind of an idea or a notion that a lot of people relate to or find inspiration in,” he says about the organized rides.

Channing Brewer initially set out to shift people’s perceptions when it comes to biking. He says it’s not just a sport, it’s a lifestyle. And over the last five years, he’s seen more riders embrace it as such.

“You see folks riding through the city just to get to work, to run errands, to meet friends. And they’re not doing it in Lycra or full athletic gear; they’re using bikes in the same way they do in a lot of European cities.”

The last several Seersucker Socials have been hosted at the Hillwood Estate, but this year’s has a new location. Pre-ride activities, featuring dance lessons, music and refreshments, will take place at the Smithsonian National Museum of African Art from noon to 5:30 p.m.

The bike ride will depart from the museum at 6 p.m. and will finish along the Georgetown Waterfront, where riders will picnic and stroll until the after party gets started at 8 p.m. at Malmaison.

If you plan on attending the Seersucker Social, plan on putting some effort into your outfit. While Channing Brewer says all are welcome, the reactions from passers-by are best when everyone is in appropriate vintage attire.

“At first people think it’s this odd coincidence, and then they see that it’s a thing — it’s something that’s happening; it’s different. And they never forget that day, they never forget that impression. And that’s a really nice thing to hear,” he says. “People are smiling, they’re waving, they’re asking what it is … where they can join and how they can find out about it.”

If you can’t make the ride but still want to celebrate, Channing Brewer says the after party is not to be missed. New York-based musician Dandy Wellington is coming into town for the occasion to fill the evening air with sounds of bygone eras.

“He has perfected a presentation of jazz-age music that gets the whole dance floor moving and people smiling and having a great time,” Channing Brewer says about Wellington.

“It’s a great way to experience what it must have been like to party in the 30s and 40s. They danced, they had great cocktails. There are a lot of elements of that era that are worth bringing back.”

Curious? Catch a glimpse of a previous Seersucker Social: 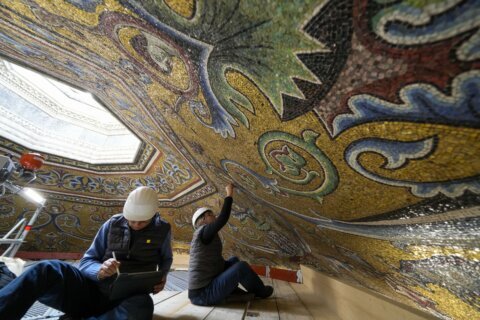