HAVANA (AP) — For more than 60 years, Cuba supplied at least some rice, milk, beans, sugar, chicken, electrical power and even cigarettes to its people nearly free of cost regardless of whether they worked, allowing many to survive without a job or depend solely on remittances.

But this year, the government is implementing a deep financial reform that reduces subsidies, eliminates a dual currency that was key to the old system and raises salaries. It hopes to boost productivity to alleviate an economic crisis and reconfigure a socialist system that will still grant universal benefits such as free health care and education.

“It’s a major shift in focus for a society that has lived and functioned one way for 62 years,” said Cuban economist Ricardo Torres. “This sends a message: If you want to be in a fairly comfortable situation, then you have to get a job.”

The changes come as Cuba struggles with the pandemic, an 11% drop in gross domestic product and the loss of what the government estimates is nearly $5.6 billion as a result of economic sanctions imposed by outgoing U.S. President Donald Trump.

Until Dec. 31, Cubans would pay 75 cents for a monthly basket filled with 19 basic products including meat, coffee, eggs and soap. Now that will cost them $7, according to Betsy Díaz Velázquez, minister of internal trade.

Education and health services remain free, and the government will still subsidize milk for children up to age 7 and provide food to vulnerable groups, though some worry the reforms will lead to problems.

“It increases inequality without there being a concrete plan to reduce it,” said Harold Cárdenas, a political analyst living in the U.S. who is part of a group that advocates a more democratic socialist Cuba.. “It would be an exaggeration to say this is how the aspiration to socialism in Cuba ends, but this is definitely not how it is achieved.”

But he said that encouraging people to work rather than discouraging it “will make the difference between success and failure for years to come.”

About 7 million of the island’s 11 million inhabitants are of working age, with some 2.7 million unemployed or not looking for a job. As a result, it hasn’t been unusual to see young people playing dominoes on street corners, idly talking with friends for hours or leaving work early.

Authorities haven’t immediately said where the idle will find productive jobs. They have promised a law by year’s end that could encourage more private businesses, but haven’t given details of what it might entail.

The most visible immediate change may be elimination of the “convertible peso,” a dollar-linked currency aimed at drawing money from abroad that was necessary to buy many goods, often even essentials, hard to find in regular pesos.

That dual currency system introduced in 1994 was meant to alleviate the crisis caused by the loss of aid and subsidized trade with the recently collapsed Soviet Union. But it snarled government accounts, discouraged exports and employment and financed inefficient state-owned companies that now have a year to prove their viability or face closure.

Now, only the Cuban peso will remain in circulation.

In addition, the government is increasing salaries — quadrupling them in some cases — and raising the minimum wage from $20 to $87 a month.

But few Cubans are celebrating the change since the price of many goods including food and gas also have soared. A pound of rice used to cost 25 centavos, for example. It’s now 7 pesos — a 28-fold increase. Prices for cooking gas jumped more than 20 times. Bus fares quintupled.

There was such a flurry of complaints about the new prices, especially for electrical power, that authorities recently went on public TV to announce a reduction.

The reform also hits the island’s burgeoning private sector, which the government has periodically expanded and squeezed after it emerged in 1993 and which has created some 600,000 jobs since a major reopening over the past decade.

“It’s hard because they’ve already increased the prices of raw material, which is already expensive and scarce,” said Isabel Viera, a 60-year-old artisan who used up her savings after the pandemic dried up tourism. “The situation is very difficult.”

Despite the worries, President Miguel Díaz-Canel has promised that no one will be left behind. The aim, he said, is to guarantee all Cubans greater equality to opportunities, rights and social justice — not through egalitarianism, but “by promoting interest and motivation in work.” 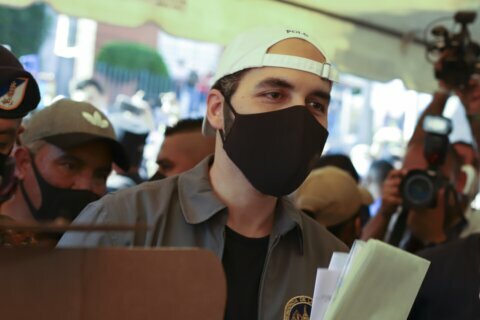