“I stand by the roadmap of acting President Juan Guaido,” Silva said on a video shared on social media.

Silva said the roadmap included “ceasing the usurpation of the executive power,” the “beginning of a transition to a new government” and “free and transparent elections for all Venezuelans who want to participate.”

That led the Venezuelan defense ministry to put out a critical tweet on the ministry’s official account. The tweet showed a screen grab from the video of Silva declaring his defection with the word “TRAIDOR” (traitor) emblazoned over it.

“Insubordination in the face of international interests is an act of treason and cowardice with the fatherland inherited from our liberator Simon Bolivar. As such, we reject the declarations made by Col. Jose Luis Silva Silva, who was acting as military attaché in the United States,” the defense ministry wrote on Twitter.

Also Saturday, the opposition-controlled National Assembly drafted an amnesty bill to protect military members who want to defect from the Maduro government. The measure would also offer pardons to civilians, politicians, public officials and military members accused during the governments of Hugo Chávez — who was President from 1999 to 2013 — and Maduro of committing crimes or supporting unconstitutional acts.

Lawmakers could vote on the bill as early as Tuesday.

Guaido has called on the nation’s military to work with him, but the head of Venezuela’s armed forces says he still supports Maduro.

Pompeo: It’s time ‘to pick a side’

The Venezuelan crisis was hotly debated Saturday on both sides of the Atlantic.

“Our nations must stand up for the rule of law and support the leader who the Venezuelan people have affirmed as their legitimate interim president,” said Pompeo, calling for a new vote “as soon as possible.”

“Now it’s time for every other nation to pick a side. No more delays, no more games,” Pompeo said. “Either you stand with the forces of freedom, or you’re in league with Maduro and his mayhem.”

Venezuelan Foreign Minister Jorge Arreaza, also at the United Nations, repeated Maduro’s assertion that the crisis amounted to a US-backed coup, with the blessing of other nations.

“It is dictating the orders, not only to the Venezuelan opposition but also to the satellite governments in the region and, it seems, in Europe and other parts of the world,” he said of US policy.

In Venezuela, a prominent member of Maduro’s ruling party delivered a blunt message to world leaders not on his side.

“Go to hell because nobody, nobody, nobody tells Venezuelans what to do,” Diosdado Cabello, president of the government-aligned Constituent Assembly and a key figure in the ruling United Socialist Party, said at a rally Saturday in the Venezuelan state of Cojedes.

Guaido, who heads Venezuela’s opposition-led National Assembly, emerged this week as the biggest challenge to Maduro’s turbulent presidency. He declared himself acting president amid massive anti-government protests, claiming Maduro was illegitimately elected for a second term.

Earlier Saturday, UK Foreign Minister Jeremy Hunt joined Spain, Germany and France in delivering Maduro an ultimatum: Guaido will be recognized as president if elections are not called before their deadline.

The EU also warned of “further actions” against Venezuela if elections are not called in the coming days, according to a statement by Federica Mogherini, vice president of the European Commission and high representative of the EU for foreign affairs and security policy.

“The country urgently needs a government that truly represents the will of the Venezuelan people,” she said.

At an opposition rally Saturday in Venezuela, Guaido hinted he has met with Maduro government officials.

“Of course, we have talked,” Guaido said.

Referring to his amnesty offer to members of the armed forces, he added, “We can grant you protection. … Maduro can’t.”

Venezuelan Communications Minister Jorge Rodríguez said Friday that the opposition leader had met with Maduro-aligned politicians, including Cabello and Freddy Bernal, former mayor of the Libertador municipality in Caracas.

Guaido made his first public appearance since his dramatic challenge to the regime. He said a massive rally planned for next week was intended to signal that his movement is gaining momentum.

“The people who think that we are going to fizzle, I think they are not going to be happy,” he said. “There are people here in the streets for a long time.”

Maduro appeared to leave open the possibility of a political solution Friday, signaling his willingness to sit down with the opposition to end the crisis.

“We believe that it’s only possible through dialogue and diplomacy to find solutions to conflicts,” he told reporters at the presidential palace, “not through violence or foreign interventions or coup attempts or war.”

The crisis has taken this country facing a prolonged political and economic collapse to a new low point.

Pompeo said earlier this week that the United States will offer $20 million for food and medicine shortages “as soon as logistically possible.”

A UN human rights official said Friday that at least 20 people had died in protest-related violence this week.

More than 350 demonstrators have reportedly been detained this week, Bachelet’s office said.

“I am extremely concerned that the situation in Venezuela may rapidly spiral out of control with catastrophic consequences,” Bachelet said.

Venezuelan Observatory of Social Conflict, a nongovernmental organization, reported late Friday that 29 people have been killed in nationwide protests. The group said the count started at midnight Wednesday.

CNN could not independently confirm either count.

Pompeo told reporters Friday that he had appointed Elliott Abrams, former deputy national security adviser for President George W. Bush, to lead efforts to resolve the crisis. He said “all appropriate measures” were being taken to ensure the safety of US diplomats in Venezuela.

“Do not test the United States on our resolve to protect our people,” Pompeo said Saturday at the United Nations.

Maduro has accused the United States of meddling and has given US diplomats until this weekend to leave his country.

At a presidential palace news conference, days after announcing he was cutting diplomatic ties, the President seemed to soften his stand. He said he had broken “political and diplomatic relations” with President Donald Trump but maintains other relations with the United States.

The United States is Venezuela’s biggest and most important oil customer, accounting for 39% of the OPEC nation’s deliveries last year, according to ClipperData.

In a statement Friday, the US Treasury Department said it plans to use economic and diplomatic tools to ensure any commercial transactions with the Venezuelan government are “consistent” with the US-recognized government of Venezuela led by Guaido.

Guaido wants Venezuelan diplomats to stay in US

All nonemergency US employees were ordered to leave Venezuela on Thursday, according to a security alert. Pompeo had earlier brushed off Maduro’s order that US diplomats leave the country, saying the US doesn’t recognize his power to do so.

The US Embassy in Caracas opened Thursday, but all visa appointments were canceled.

Late Thursday, Guaido called on Venezuelan diplomats to stay in the United States.

The opposition leader also said he would consider amnesty for Maduro and his allies if they don’t hamper Guaido’s ascension to temporary power. He has called for elections.

While many world leaders expressed their support for Guaido this week, others stood behind Maduro.

Russia, China, Cuba and Turkey are among those backing Maduro — and Moscow in particular has accused the United States of undermining him.

Washington’s interference in Venezuela could lead to “lawlessness and bloodshed,” the Russian Foreign Ministry said. 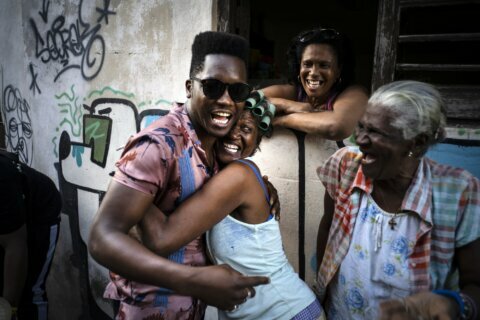 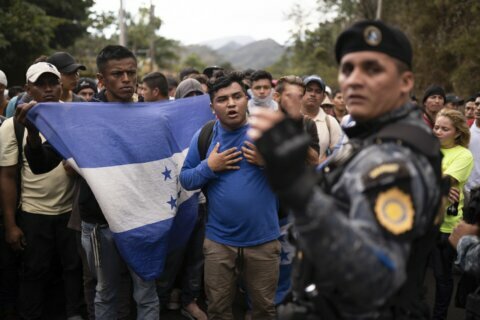